BMW, VW Warn of Shortages from Suppliers in Ukraine

Both automakers have been forced to alter production. 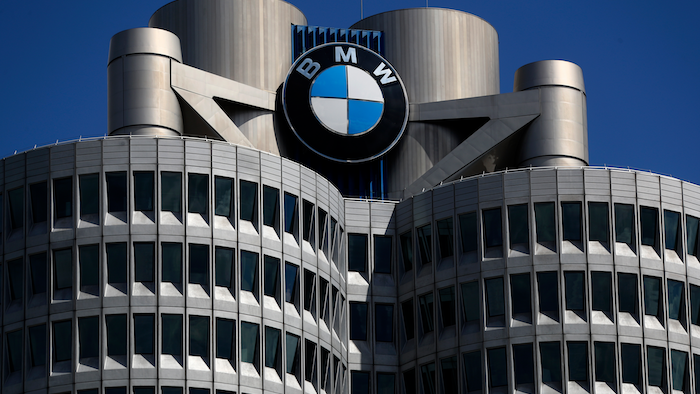 LONDON (AP) — BMW and Volkswagen warned this week that Russia's invasion of Ukraine is causing shortages of some vital components, forcing them to reduce vehicle production in Europe.

The two German carmakers said the war is having a “negative" effect on auto supply chains, which have already been battered by shortages of semiconductors.

BMW said Wednesday that bottlenecks at its suppliers in Ukraine have forced the automaker to adjust or interrupt production at a number of factories, which is likely to have a negative impact on vehicle sales figures.

“Ukraine is, of course, home to many suppliers, hence we too will have to face production interruptions and supply disruptions for important components," Maximilian Schoeberl, BMW’s director of corporate affairs, said in an earnings webcast.

Executives from both companies said wiring harnesses, which bundle and organize wires or cables, were in short supply because their main suppliers were in western Ukraine.

BMW said the war forced its suppliers to reduce or suspend production of the harnesses, which in turn forced the automaker to cut its own output. The company said it's resuming production at two factories in Germany this week, while its Mini factory in Oxford, England, is expected to start up again next week.

“But what is clear is that the situation will remain volatile," Schoeberl said.

BMW finance chief Nicolas Peter said raw material prices are expected to cost the company hundreds of millions of euros. The invasion sent commodity prices soaring over worries it would restrict supplies from Russia, a major producer of metals like nickel and palladium that are used in auto production.

Volkswagen said Tuesday that it's supporting its Ukrainian suppliers of wiring harnesses as they try to keep up operations.

“The dominant constraint is indeed wiring harnesses,” CEO Herbert Diess said. The company sources them from up to 11 plants in Ukraine, nine of which are working at “reduced capacity."

“We cannot expect that this continues," he said, so VW is working on relocating production, which will take some time.

Volkswagen said it's also shifting some auto production out of Europe to other regions including China and South America.

Both companies paused production of cars in Russia as well as exports to the country after the war erupted.