Nissan Swings Back to Profit Despite Chips Crunch

But the automaker's sales dipped 16%. 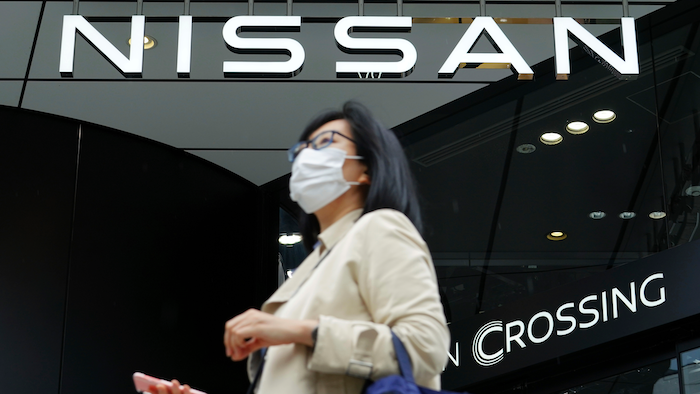 A woman walks by a Nissan showroom in Tokyo, May 11, 2021.
AP Photo/Eugene Hoshiko, File

TOKYO (AP) — Japanese automaker Nissan swung back into the black for the quarter through December, despite shortages of computer chips that have hit the entire industry and many other manufacturers.

Nissan Motor Co., allied with Renault SA of France, reported Tuesday a 32.7 billion yen ($284 million) profit for the fiscal third quarter, a reversal from the 37.8 billion yen loss racked up a year ago.

Nissan Chief Operating Officer Ashwani Gupta said global auto markets had dipped 18% in volume due largely to the shortfall of computer chips resulting from disruptions linked to the pandemic. Nissan's sales dipped 16%, with strong sales of its Note compact in Japan and Pathfinder sport utility vehicle in the U.S.

It kept its global sales forecast for the fiscal year unchanged at 3.8 million vehicles.

Strong demand in the U.S. market added momentum to Nissan’s results, according to the maker of the Leaf electric car and Infiniti luxury models.

“In fiscal year 2021, we have steadily improved our business performance through the first nine months by launching new vehicles, improving the quality of our sales, and continuing our efforts to ensure financial discipline,” he said.

Nissan’s reputation was tarnished by the high-profile scandal of its former star executive Carlos Ghosn, who was arrested on financial misconduct charges in 2018. He jumped bail, fleeing Japan and is now in Lebanon, the nation of his ancestry. He says he is innocent.

Nissan officials say the global shift to electric vehicles to counter climate change will be a boon for the automaker, as it was an early leader in EVs, a move that came under Ghosn. The Renault-Nissan also includes Mitsubishi Motors Corp. 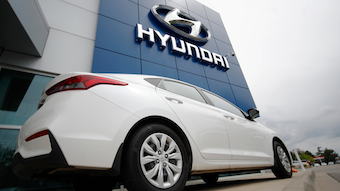