Gaming While Driving: Tesla Allows it, Mercedes Does Recall

The issue raised questions about whether federal auto safety standards are being applied equally. 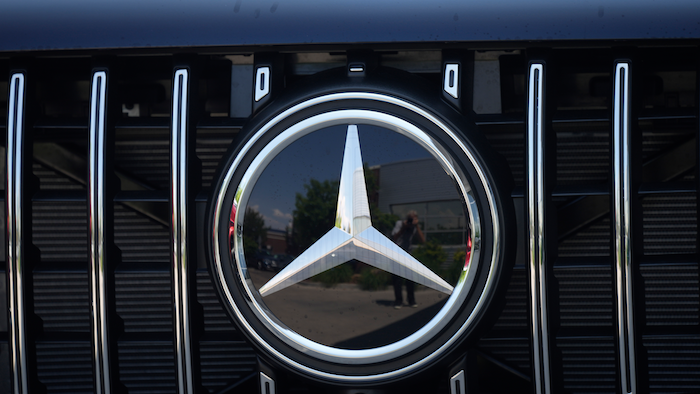 DETROIT (AP) — A few days after reports surfaced that Tesla allows drivers to play video games on dashboard touch screens while vehicles are moving, Mercedes-Benz has issued a U.S. recall for a similar issue.

The German automaker said in documents posted Friday by U.S. regulators that the issue affected 227 vehicles and already has been fixed by updating an internal computer server.

But the fact that Mercedes did the recall over concerns about distracted driving, and Tesla has not, raised questions about whether federal auto safety standards are being applied equally by the National Highway Traffic Safety Administration.

“MB is following the regulatory rules as they are supposed to — in sharp contrast to what we've been seeing from Tesla,” said Philip Koopman, a professor of electrical and computer engineering at Carnegie Mellon University. If NHTSA doesn't take action against Tesla, the agency will have one standard for Tesla and another for Mercedes and other automakers, Koopman said.

NHTSA didn't directly address the double standard or Tesla, but said in a statement Friday that the federal vehicle safety act prohibits manufacturers from selling vehicles that pose an unreasonable risk to safety.

“Every motor vehicle manufacturer in the United States has the same responsibility to identify and immediately repair, for free, such safety defect in their vehicles,” the statement said.

The agency said it's assessing how automakers identify and safeguard against distraction hazards due to faults, misuse or intended use of infotainment screens. NHTSA said it regularly communicates with automakers about concerns, as well as reviewing consumer complaints and a "massive amount of data that companies are required to submit on a regular basis, looking for evidence of safety risks. If the data show that such a risk may exist, NHTSA will act immediately," the agency said.

A message was left Friday seeking comment from Tesla, which has disbanded its media relations department.

Mercedes said in documents that on some 2021 and 2022 EQS and S model vehicles, drivers could access television programs and the internet while the vehicles are traveling. The automaker said it intended to disable the features while the cars are moving, but the recalled vehicles had an incorrect computer configuration.

“If an occupant were to actively select the function or application while the vehicle is driving, then driver distraction might result, which could increase the risk of a crash,” the company wrote in documents. The recalled cars have active and connected “Mercedes me” accounts.

Mercedes wrote that it has no reports of any crashes or injuries from the problem, which was discovered in a company vehicle in Germany.

Last month a Tesla owner near Portland, Oregon, filed a complaint with NHTSA after discovering that while driving, he could play video games and browse the internet on the screen of his 2021 Tesla Model 3. The agency said Thursday that it is communicating with Tesla about the issue.

NHTSA already is investigating why Tesla's “Autopilot” partially automated driving system keeps crashing into stopped emergency vehicles, and it has inquired about why Tesla didn't file recall documents when it did an over-the-air internet update in an effort to address the safety problem. It's also looking into the performance of Tesla's “Full Self-Driving” software after getting a complaint that it nearly caused a crash.

Tesla says neither system can drive vehicles and that drivers must be ready to intervene at all times.

Jason Levine, executive director of the nonprofit Center for Auto Safety, said the auto industry seems to have reached a point with infotainment screens where it will have to “choose whether to be an enabler or a preventer" of distracted driving.

"We are glad to see Mercedes recall and repair this unreasonable risk to everyone on the road, but would urge NHTSA to move quickly to ensure that all screen-based entertainment distractions are disabled when vehicles are in motion, no matter the manufacturer,” Levine said.

Mercedes likely is paying close attention to U.S. safety laws after it had to pay a $13 million penalty to NHTSA in 2019 for a series of reporting failures involving recalled vehicles.

The automaker agreed to the payment and to fix flaws after the agency alleged that Mercedes was slow to report safety problems and wasn't mailing out recall notification letters quickly enough.

Mercedes' U.S. unit said at the time that it didn't do anything wrong deliberately.