It's a bold move in a market that likes big, powerful engines. 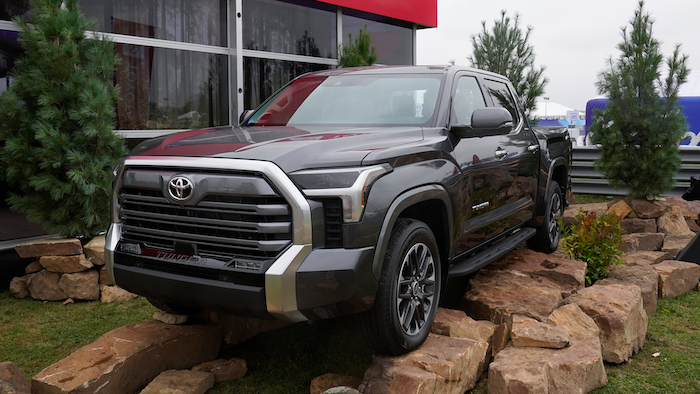 DETROIT (AP) — Toyota is dumping the big V8 engine in the latest redesign of its Tundra full-size pickup truck, a bold move in a market that likes big, powerful engines.

The 381 horsepower, 5.7-liter V8 will be replaced by a base 389 horsepower 3.5-liter twin-turbo V6 or an optional gas-electric hybrid system with 437 horsepower.

The change is needed because of stronger U.S. fuel economy requirements that soon will be imposed under President Joe Biden, who is scrapping Donald Trump's rollback of the regulations.

The old V8 got only 13 miles per gallon in the city and 17 on the highway. Toyota has not disclosed the estimated mileage for the new engines, but said they'll be more efficient and powerful than the outgoing V8.

Ford, General Motors and Stellantis, which dominate the U.S. big pickup market, still offer V8 engines, which are often preferred for towing and hauling. Ford's F-Series pickup is the top-selling vehicle in the U.S.

Toyota says the new Tundra can tow up to 12,000 pounds and haul 1,940 in its bed. The outgoing six-speed automatic transmission will be replaced with a more efficient 10-speed version.

The hybrid system will help get the truck started in city driving and will add power during towing. It has a 288-volt nickel-metal-hydride battery under the rear passenger seats.

The truck also gets new styling, a revamped interior, a new suspension and frame, and a weight-saving aluminum-reinforced composite bed.