But few have actually taken advantage of the all-electric vehicles rebate. 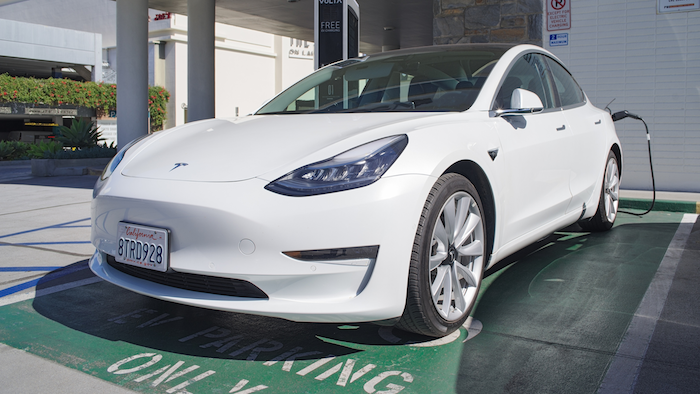 FLAGSTAFF, Ariz. (AP) — Flagstaff local Stewart Weinstein ordered an all-electric vehicle to be environmentally friendly, but now says the unexpected financial perks of his purchase have already piled up -- before even driving his new car off the lot.

One benefit is that Weinstein can apply for the citys Sustainable Automotive Rebate Program, which offers sales tax rebates for fuel-efficient vehicles purchased at local dealerships.

“I feel the technology and the time is right for these electric vehicles and I like supporting my local community,” Weinstein said. “And it feels like I just keep finding out new, added bonuses of getting this car.”

The city’s rebate program, which went into effect in July, not only promotes sustainable practices in the community, but also supports the city’s vehicle industry, Flagstaff Business Attraction Manager Jack Fitchett said.

The city currently offers a three-tiered rebate system based on the type of vehicle purchased, offering high fuel-efficiency vehicles the largest incentives. All-electric vehicles qualify for the program’s highest tier at a 2% rebate. That means that both new and used all-electric vehicles purchased locally can subtract 2.0% of the 2.281% vehicle tax rate, bringing the effective tax rate to 0.281% after rebate.

Hybrid vehicles, qualifying for a 1.6% rebate, have accounted for nearly all of the city’s SATR applications. Fitchett attributed the city’s small amount of qualifying vehicle stock in the other tiers, and not necessarily to a lack of public interest.

Joe Porto, general manager at the Findlay Volkswagen Flagstaff dealership, said he has a dozen pre-orders for Volkswagen’s first all-electric SUV releasing later this year, rivaling the interest at Volkswagen dealerships in cities such as Phoenix.

Weinstein is one of those customers, and said he was comfortable making the switch to an electric vehicle due to the charging availability in the city and the increased travel range offered by new models. He is also looking forward to the many incentives of being an electric vehicle owner.

“It’s checking all the boxes,” Weinstein said. “I think the more incentives there are to make this change, the more it’s going to drive people to purchase.”

But that level of local interest has not always resulted in vehicles being purchased in Flagstaff.

Fitchett said some local automotive dealerships have told the city they struggle with locals purchasing vehicles at dealerships in other cities, whether that’s due to lower prices, tax incentives or a greater selection of fuel-efficient vehicles. The Sustainable Automotive Tax Rebate program looks to provide a level of support for these dealerships.

The city has received positive feedback from auto dealers since the new rebate program has been implemented, some adding that they have been able to improve the fuel-efficient vehicle stock, Fitchett said. But there is still work to be done, such as allowing dealerships to directly facilitate the rebate process instead of having buyers individually submit applications to the city.

Program managers will ask the City Council to make that change next month, Fitchett said, along with proposing greater access to the program for fuel-efficient vehicles.

The lowest fuel-efficient tier offers a 0.7% tax reimbursement for vehicles with a city fuel economy of 35 MPG or higher. City staff will seek to lower the MPG metric, hoping to increase the number of qualifying vehicle purchases in the area.

In a city that deals with seasonal weather conditions, Fitchett said it is important to ensure fuel-efficient vehicle owners are also provided access to sustainable automobile incentives.

“The program should also appeal to folks who maybe are not ready to buy a fully electric or hybrid vehicle,” Fitchett said. “Flagstaff is a four-season community, and, you know, some folks will want that all-wheel-drive function. But we still want to promote that sustainable mindset.”