Gov. Phil Murphy has pledged that the state would use 100% clean energy by 2050. 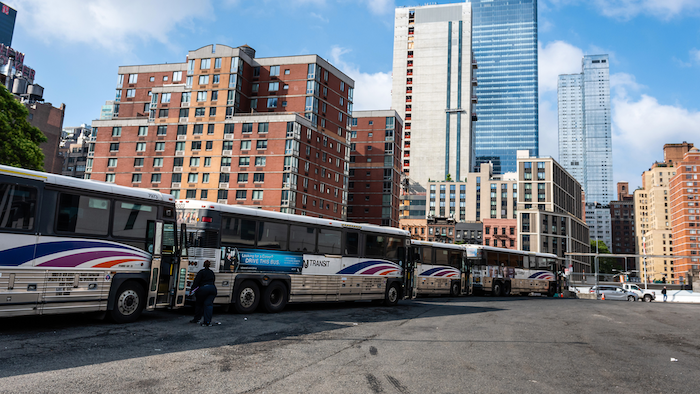 Murphy announced the new round of spending in Newark and said the funds will come from proceeds the state realized from a greenhouse gas initiative it's a member of, as well as from a settlement with Volkswagen.

The first-term Democrat, who is seeking reelection this year, also signed an executive order creating an Office of Climate Action and the Green Economy. Murphy has pledged that the state would use 100% clean energy by 2050.

The new spending will go toward a number of projects across the state, including $15 million for New Jersey Transit to buy electric buses; $13 million in grants for low- and moderate-income communities for electric school and shuttle buses; $9 million for local governments to deploy electric garbage trucks and delivery trucks.

The funds also include $36 million for the state's industrial areas and ports to begin using electric equipment.

“The investments we are announcing today signify our commitment to environmental justice and equity, while building a cleaner economy that works for all," Murphy said.

Mary Barbour, the regulatory and legislative affairs director at the Environmental Defense Fund, said in a statement New Jersey is emerging as a key market for electric vehicles. She added that electrifying buses and trucks offers a benefit to communities “who deserve to breathe cleaner, healthier air."

The state is using $57 million from proceeds earned through the Regional Greenhouse Gas Initiative and $43 million from the state’s settlement with Volkswagen. New Jersey reached a $72 million agreement with VW in 2017 stemming from a scandal in which the automaker installed devices on thousands of diesel vehicles to skirt emissions rules.

The greenhouse gas initiative, known as RGGI, is made up of 10 northeastern states. The states agree to a cap on carbon emissions and distribute tradable allowances for carbon dioxide emissions. The allowances are sold at auction, and the member states can then distribute proceeds for state-specific projects.

Kim Gaddy, a Newark resident an environmental justice organizer, attended the event as a guest of the governor. She said her children battle asthma and noted an uptick in cancers and other illnesses that she said were tied to pollution in the city, the state's biggest.

“We are on the front lines of overlapping ... crises," she said. “I'm glad to see our governor focusing funding and attention on environmental justice, green jobs and climate today."