The Boring Co. has built other underground motorways in the Los Angeles area and Las Vegas. 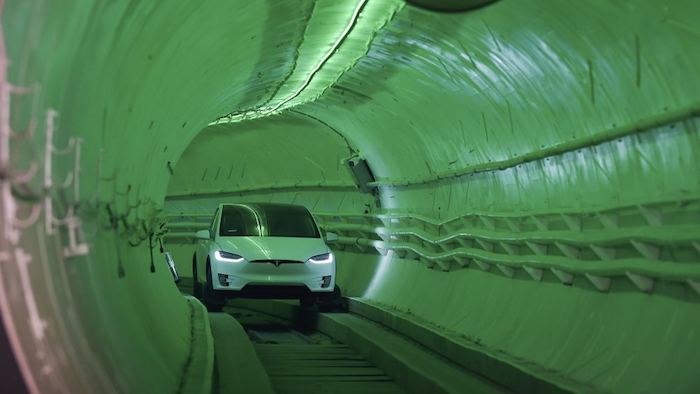 The Musk-owned Boring Co. has built other underground motorways for electric cars in the Los Angeles area and Las Vegas. Suarez said he was looking forward to visiting the construction in Las Vegas.

“I think we have a unique opportunity to create a signature project, not just for Miami, but for the world," Suarez said in a video posted on his Twitter account, pitching this as a transportation solution for the area.

Musk estimated the project could cost about $30 million and take about six months to complete, Suarez said. The mayor said he will talk to Gov. Ron DeSantis and Miami-Dade County Mayor Daniella Levine Cava about the project.

Musk has previously said he spoke with DeSantis about the idea but did not share any specifics.

Musk, who co-founded and leads Tesla and the private rocket company SpaceX, has been wanting to build an express tunnel transit system where autonomous electric vehicles would whisk people around high traffic areas.

In December, the Las Vegas City Council approved an underground system to shuttle people in Tesla vehicles through miles of tunnels connecting the Las Vegas Strip, downtown, the stadium, the airport and other destinations.

The billionaire entrepreneur's proposals to build tunnels in other cities have faced criticism and have been abandoned or not yet approved. Some experts have questioned whether such tunnels in South Florida could even be feasible or cost-effective given the region’s high water table and porous limestone rock.

As part of a campaign to attract more tech investors to Miami, Suarez had originally invited Musk to the city over Twitter after the businessman posted about battery cell production as a sustainable energy solution. But Musk responded with the tunnel pitch.

“Cars & trucks stuck in traffic generate megatons of toxic gases & particulate, but @boringcompany road tunnels under Miami would solve traffic & be an example to the world,” he said on Twitter. “If Governor & Mayor want this done, we will do it.”

Suarez said he and Musk spent some time talking about the $1 billion tunnel built in the city to connect the Port of Miami with nearby expressways and the billionaire told him there were more cost-effective solutions.

It was not yet clear how any potential Miami projects would be funded.