Revel's initial charging hub will be the first in a network planned for New York City. 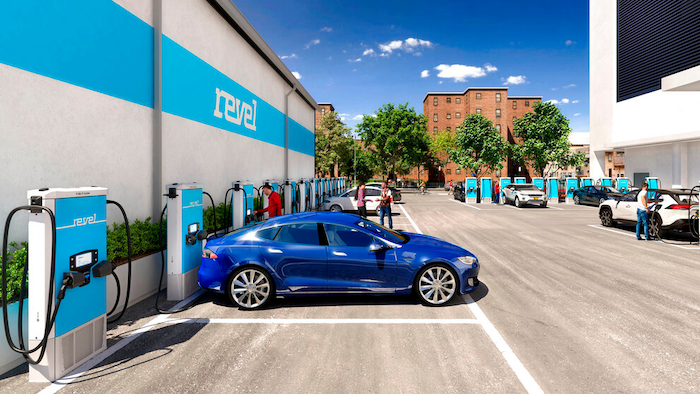 NEW YORK (AP) — Revel, the company that operates fleets of shared mopeds in several U.S. cities, announced Wednesday that it is building a charging hub for electric vehicles in Brooklyn this spring.

The charging facility will be the first in a network of car-charging hubs planned for New York City in an effort to promote the use of electric vehicles, company officials, including CEO and co-founder Frank Reig, said in a news release.

The initial charging hub will be at the site of the former Pfizer building in the Williamsburg neighborhood and will have 30 stations capable of delivering 100 miles of charge to vehicles in about 20 minutes, the company said.

The charging stations will be available 24 hours a day to drivers of any type of electric vehicle, Revel officials said.

The company's expansion into charging stations comes amid renewed efforts in the United States to move away from gasoline-powered cars. Officials at General Motors announced last week that they have set a goal of making the vast majority of the company's vehicles electric by 2035.