Earnings jumped 58% in the fourth quarter. 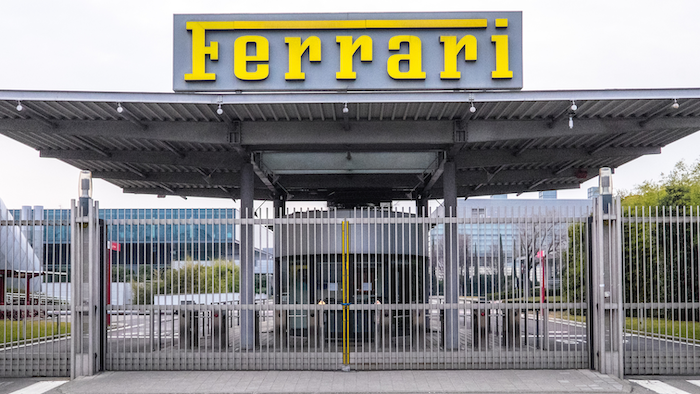 MILAN (AP) — Ferrari reported Tuesday a 58% jump in fourth-quarter earnings as production and deliveries picked up after the brutal initial lockdown earlier in the 2020 pandemic year.

The sports car maker based in Modena, Italy, said its fourth-quarter net profit rose to 263 million euros ($316 million) from 219 million euros a year earlier. A rise in shipments partly made up for a seven-week spring shutdown due to Italy’s strict coronavirus lockdown.

Deliveries rose 13% in the quarter, to 2,679 vehicles, as Ferrari launched deliveries of the SF90 Stradale and the Ferrari Roma. That fueled a 15% increase in revenue to 1.07 billion euros.

For the year, shipments were down 10% to 9,119 vehicles due to production halts. Full-year earnings were down by 13% to 609 million euros. That reflected a drop in deliveries, personalizations, engine sales to Maserati and traffic to Ferrari-branded shops, museum and theme parks as well as lower Formula 1 revenues due to the reduced racing calendar.

Revenues were 3.46 billion euros in 2020, an 8% decline from year earlier, and above the 3.4 billion euro target set as the carmaker twice slashed full-year guidance last year due to the COVID-19 impact.

Full-year deliveries were flat in Europe and most of Asia, but down 20% in the Americas and 45.5% in greater China, the latter mostly due to advanced deliveries in 2019.

Ferrari forecast a strong rebound this year. Its guidance is for 4.3 billion euros in net revenues and an adjusted earnings before tax and interest of 970 million euros to 1.02 billion euros. Ferrari last year unveiled three new models -- the Ferrari Portofino M, the SF90 Spider and the 488 GT Modificata -- which will start shipping this year.

Ferrari announced in December that its CEO of two years, Louis Camilleri, had resigned for personal reasons. Chairman John Elkan has taken over until a successor is named.