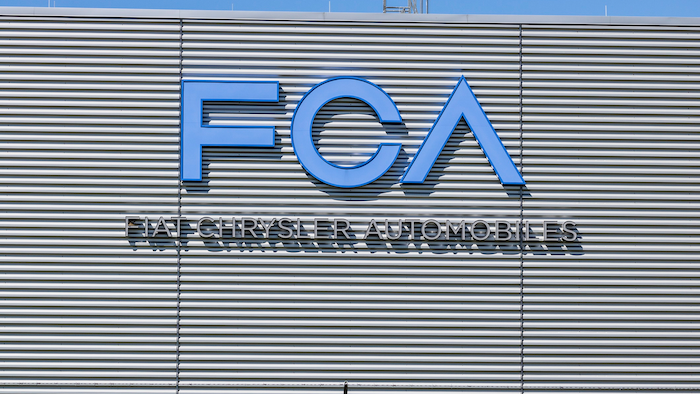 DETROIT (AP) — Fiat Chrysler Automobiles US has agreed to plead guilty and pay a $30 million fine for a corruption scandal at the union that represents its factory workers, authorities said Wednesday.

Company representatives gave more than $3.5 million in cash and other things of value to senior officials at the United Auto Workers, federal prosecutors in Detroit said as they charged FCA with conspiracy from 2009 to 2016.

Details of the payoffs have been public for a few years and acknowledged during guilty pleas by FCA employees and others.

Al Iacobelli was the head of labor relations at Fiat Chrysler and co-chairman of the UAW-Chrysler National Training Center in Detroit. The government said he signed off on $262,000 to wipe out a mortgage held by UAW vice president General Holiefield, who was the center's other co-chairman.

Iacobelli also approved $25,000 from the training center for a party for union vice president Norwood Jewell and the UAW's international executive board, the criminal charge states.

Training center credit cards paid for more than $30,000 in meals for UAW officials at various restaurants in Southern California, the government said.

“They did that with the hope that the company itself could possibly get more favorable treatment from the union’s leaders” during labor negotiations, U.S. Attorney Matthew Schneider said Wednesday.

Indeed, an indictment returned in 2017 said Iacobelli and others set up a liberal policy for credit cards to keep union officials “fat, dumb and happy."

Iacobelli was sentenced to 5 1/2 years in prison in 2018, but the sentence was recently reduced by 18 months due to his cooperation. Holiefield died in 2015; his wife pleaded guilty to a tax crime three years later.

The government’s investigation began at the training center but stretched to other corrupt acts at the UAW. Eleven officials have been convicted, including two former union presidents. Investigators found that union dues were used to pay for golf, booze and vacation villas in California.

Edward “Nick” Robinson, who was a union official in the St. Louis area, was sentenced to a year in prison Wednesday for conspiring to embezzle dues. His cooperation helped the government convict former presidents Dennis Williams and Gary Jones.

The UAW recently agreed to have an independent monitor watch union finances and operations.

Fiat Chrysler US is a subsidiary of Stellantis, a company created by the merger of Fiat Chrysler and PSA Peugeot.