But total purchases in the year’s first 10 months still were below pre-virus levels. 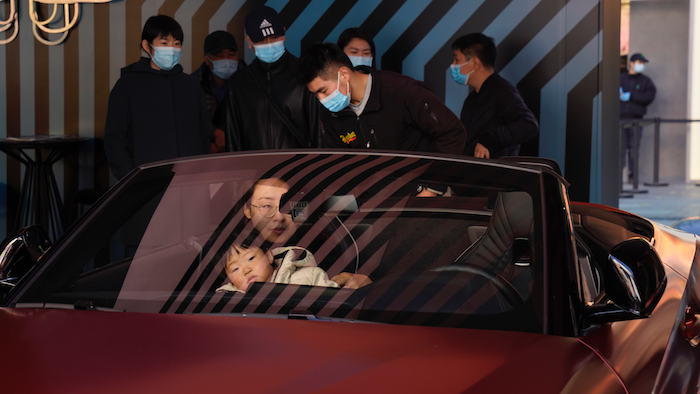 A woman exits a car on display during a promotion held in a popular shopping district in Beijing, Nov. 8, 2020.
AP Photo/Ng Han Guan

BEIJING (AP) — China’s sales of vehicles including trucks and buses rose 12.5% over a year earlier in October as the industry recovered from the coronavirus, but total purchases in the year’s first 10 months still were below pre-virus levels, an industry group reported Wednesday.

Sales in the biggest global auto market rose to 2.6 million, according to the China Association of Automobile Manufacturers. It said sales of SUVs and other passenger vehicles grew faster than overall purchases but gave no details.

Sales growth was down from September’s 17.4%.

In the year through October, total vehicle sales declined 4.7% from a year earlier to 19.7 million. That was an improvement over the 6.9% contraction for the first nine months of the year.

China became the first major economy to begin the struggle to restore normal activity after the ruling Communist Party declared victory over the coronavirus in March.

Auto demand already was weak before China closed factories and dealerships in February to fight the coronavirus. Consumers are uneasy about slowing economic growth and a tariff war with Washington.

The hurts global automakers that are looking to China to propel sales growth and are spending heavily to develop electric vehicles under pressure to meet Chinese government sales quotas.