Transitioning to all-electric vehicles could save up to 100 lives and $1.3 billion in Maryland alone. 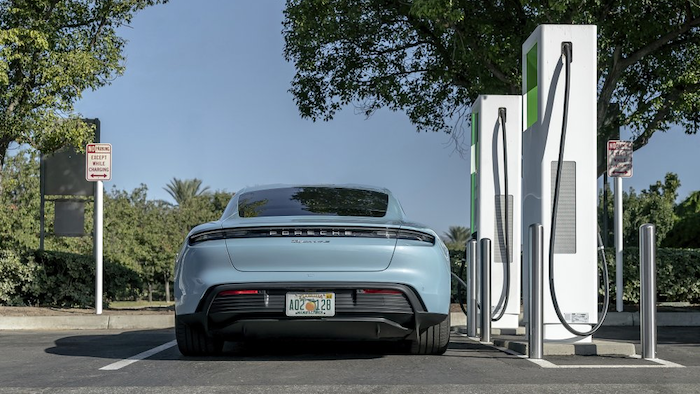 ANNAPOLIS, Md. (AP) — After being in the groove of driving around in an electric vehicle, Ronald Kaltenbaugh tried driving his last gas car, which had been passed to his daughter. But all he could taste and smell were the fumes.

Kaltenbaugh, president of the Electric Vehicle Association of Greater Washington, D.C., an electric vehicle driver since 2012, said he will never go back to gas-powered, and encourages others to do the same.

Maryland could save up to 100 lives and $1.3 billion in public health benefits in 2050 by transitioning to all-electric vehicles over the next 30 years, according to a recent “Road to Clean Air” report from the American Lung Association.

As of September, there were 15,516 electric vehicles registered in Maryland, according to the Maryland Motor Vehicle Administration.

Kevin Stewart, director of environmental health at the American Lung Association, said that the key to this plan is to lay out the infrastructure, such as transitioning to more public transportation and having legal and economic incentives to encourage electric vehicle use.

“That kind of investment is something that American Lung Association believes we really need to do because this, (transportation), is the largest sector of the economy as far as causing air pollution problems in the United States,” Stewart said.

Kaltenbaugh said that 90% of his car-charging is done at home, and he has never experienced a problem finding a charging station when on road trips because of locator apps, such as Plugshare.

There are at least 785 charging stations in Maryland, according to the U.S. Department of Energy.

Electric vehicles also use regenerative braking, in which the motor slows the vehicle down by working in reverse, putting kinetic energy back into the battery. This limits the particle pollution from brake dust, also an environmental plus.

The report calls for state actions, such as adopting the stricter California zero-emission standards for passenger vehicles and medium- and heavy-duty trucks, which require auto manufacturers to have a certain number of the cleanest car technologies available, such as full battery-electric, hydrogen fuel cell, and plug-in hybrid-electric vehicles.

The report also calls for funding for additional charging infrastructure along major highways and roads, and to make vehicle registration fees structured to support electric vehicle “deployment and complement—rather than counteract—consumer incentives.”

Ragina Ali, Manager of Public & Government Affairs for AAA Mid-Atlantic, said that AAA supports the need to balance mobility, independence, and preserving the environment through low-emission vehicle technology. She said that AAA agrees that technology provides great promise to improving the economy and air quality through giving consumers different choices.

“AAA supports state and federal programs that offer tax credits to incentivize consumer demand for electric vehicles. The cost and effectiveness of such programs should be evaluated regularly to determine whether the incentives are having the desired effect of stimulating demand for these vehicles,” Ali said.

AAA came out with their own study recently that shows the benefits of owning electric vehicles and how it eases common concerns for drives. AAA found that driving 15,000 miles per year in a compact, electric vehicle coasts an average of $546, while driving the same distance in a gas powered vehicle costs around $1,255. They also discovered that electric vehicles typically do not need as much maintenance.

Kaltenbaugh said the biggest factor that will affect the feasibility of transitioning to all-electric vehicles is the upfront cost, which can be more than a comparable gas-powered car.

When someone is buying an electric vehicle, they are paying more. However, over the life of that car, certain costs could be less, depending on the vehicle and driver, such as fuel. Unfortunately, not a lot of people are in position to do that, Kaltenbaugh said.

Electric buses are costly and don’t bring in more money than petroleum-powered ones, but eventually, he said, the cost per vehicle will decrease. Kaltenbaugh said politics should not play a role in a transition to cleaner transportation.

“It’s not tied to a red or blue state. It’s not tied to politics or that kind of stuff. It just makes sense. They’re there,” Kaltenbaugh said. “Not only are their lifecycle costs cheaper, they’re easy to maintain, and they help with healthy air.”

The state’s department of transportation did not return requests for comment on the Lung Association report.