Passengers who ignore mask requirements will have to provide proof they're wearing one on their next ride. 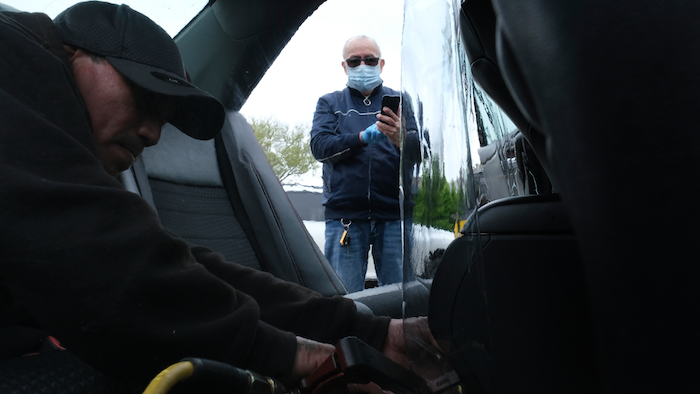 SAN FRANCISCO (AP) — Mask slackers will now have to provide photographic proof they're wearing a face covering before boarding an Uber.

The San Francisco-based company unveiled a new policy Tuesday stipulating that if a driver reports to Uber that a rider wasn’t wearing a mask, the rider will have to provide Uber with a selfie with one strapped on the next time they summon a car on the world’s largest ride-hailing service.

The mask verification rule expands upon a similar requirement that Uber imposed on its drivers in May to help reassure passengers worried about being exposed to the novel coronavirus that has upended society. Now, Uber believes it's time to help make its drivers feel safer, too.

The requirement will roll out in the U.S. and Canada later this month before coming to other parts of the world.

The additional safety measures are part of Uber's ongoing efforts to rebuild a service that has seen ridership plunge this year. People have been seeking to minimize the chances of becoming sick and and also have had fewer reasons to go anywhere, with offices, bars, restaurants and nightclubs closed through much of the U.S. and other parts of the world.

The adverse conditions caused the number of trips on Uber during its most recent quarter to plunge by 56% from the previous year.