Humans cause the vast majority of crashes — but robocars will only stop about a third of them. 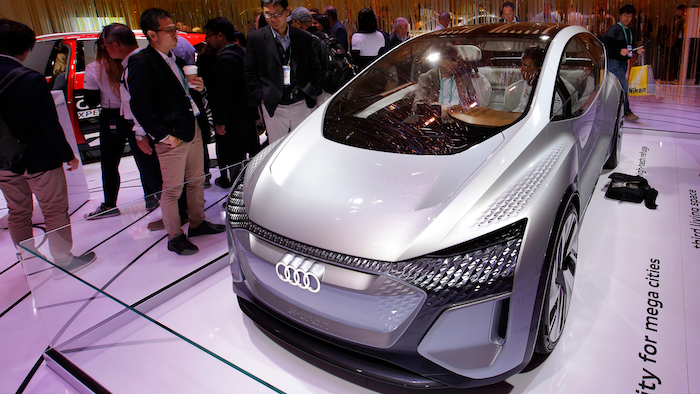 DETROIT (AP) — A new study says that while autonomous vehicle technology has great promise to reduce crashes, it may not be able to prevent all mishaps caused by human error.

Auto safety experts say humans cause about 94% of U.S. crashes, but the Insurance Institute for Highway Safety study says computer-controlled robocars will only stop about one-third of them.

The group says that while autonomous vehicles eventually will identify hazards and react faster than humans, and they won’t become distracted or drive drunk, stopping the rest of the crashes will be a lot harder.

“We're still going to see some issues even if autonomous vehicles might react more quickly than humans do. They're not going to always be able to react instantaneously," said Jessica Cicchino, and institute vice president of research and co-author of the study.

The IIHS studied over 5,000 crashes with detailed causes that were collected by the National Highway Traffic Safety Administration, separating out those caused by “sensing and perceiving” errors such as driver distraction, impaired visibility or failing to spot hazards until it was too late. Researchers also separated crashes caused by human “incapacitation” including drivers impaired by alcohol or drugs, those who fell asleep or drivers with medical problems. Self-driving vehicles can prevent those, the study found.

However, the robocars may not be able to prevent the rest, including prediction errors such as misjudging how fast another vehicle is traveling, planning errors including driving too fast for road conditions and execution errors including incorrect evasive maneuvers or other mistakes controlling vehicles.

For example, if a cyclist or another vehicle suddenly veers into the path of an autonomous vehicle, it may not be able to stop fast enough or steer away in time, Cicchino said. “Autonomous vehicles need to not only perceive the world around them perfectly, they need to respond to what's around them as well,” she said.

Just how many crashes are prevented depends a lot on how autonomous vehicles are programmed, Cicchino said. More crashes would be stopped if the robocars obey all traffic laws including speed limits. But if artificial intelligence allows them to drive and react more like humans, then fewer crashes will be stopped, she said.

“Building self-driving cars that drive as well as people do is a big challenge in itself,” IIHS Research Scientist Alexandra Mueller said in a statement. “But they'd actually need to be better than that to deliver on the promises we've all heard.”

Researchers doing the study reviewed the crash causes and decided which ones could be prevented, assuming that all vehicles on the road were autonomous, Cicchino said. Even fewer crashes will be prevented while self-driving vehicles are mixed with human driven cars, she said.