Edward “Nick” Robinson conspired with other labor leaders to steal more than $1 million in dues. 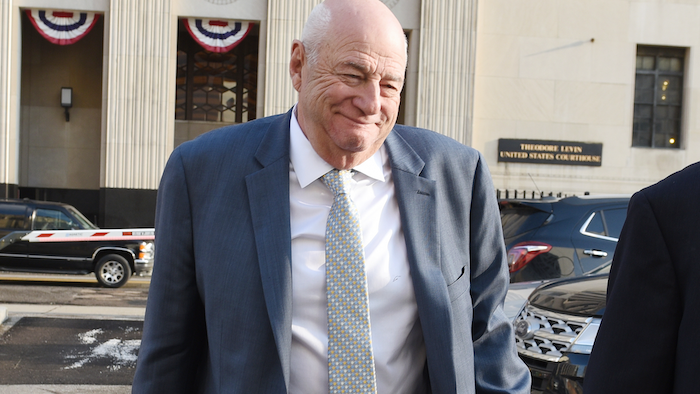 DETROIT (AP) — A former senior official at the United Auto Workers pleaded guilty Monday to conspiring with other labor leaders to steal more than $1 million in dues while enjoying golf, lavish lodging, meals and booze.

“Our office will never tolerate the abuse of union funds for the benefit of corrupt union officials,” U.S. Attorney Matthew Schneider said.

Edward “Nick” Robinson's guilty plea is the 10th from union officials or the spouse of an official. Three more people at Fiat Chrysler have also pleaded guilty in the government's corruption investigation.

Robinson, 72, of Kirkwood, Missouri, was based at the UAW's Region 5 office near St. Louis. The office was led by Gary Jones until Jones became UAW president in 2018. He quit the top union job in November while under investigation but hasn't been charged.

Robinson has "worked very hard to rectify wrongs he's made and we are well on our way there," defense attorney James Martin said outside U.S. District Court in Detroit.

Robinson said he conspired with at least six other UAW officials in a multiyear effort to embezzle money for their personal benefit.

Robinson agreed to pay $42,000 to the Internal Revenue Service for personal tax obligations. Restitution to the union hasn't been determined yet.

In February, Vance Pearson pleaded guilty in the scheme. His conviction was significant because he worked closely with Jones and succeeded him in the Region 5 office. Pearson is cooperating with investigators.