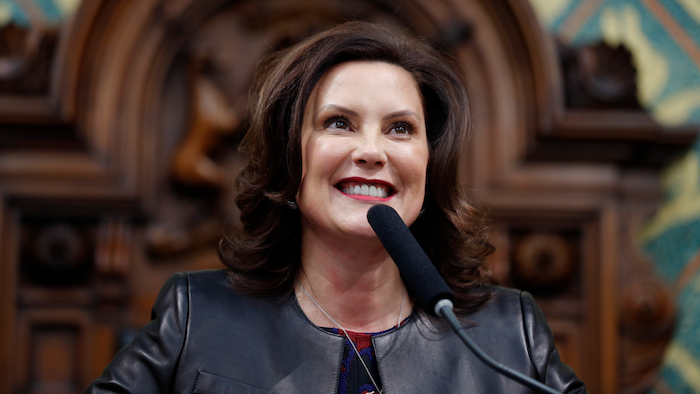 LANSING, Mich. (AP) — Gov. Gretchen Whitmer announced Tuesday that Michigan will have a mobility officer to coordinate all initiatives related to self-driving and connected cars, an effort she said will ensure the state is the go-to place for testing and producing vehicles of the future.

While speaking at the MICHAuto Summit in Detroit, Whitmer signed an executive directive to create the Michigan Office of Future Mobility and Electrification within the Department of Labor and Economic Opportunity, effectively immediately. It will be led by a chief mobility officer whose name probably will be announced in April, Whitmer said.

She also signed an executive order to establish the Michigan Council on Future Mobility and Electrification, an advisory group that will replace but function similarly to one created by a 2016 law. The council will be housed within the Department of Labor and Economic Opportunity instead of the Department of Transportation.

Whitmer told The Associated Press that business leaders told her administration it would be helpful to have one place of contact in state government for issues related to the mobility sector.

“Obviously that doesn't mean that there won't still be many departments involved. But there will be one quarterback,” she said in a phone interview. “That's, I think, essential to ensuring that we're harnessing all the great things we're doing in a focused way that makes sense.”

While many states are competing to lead in mobility, Michigan is in a great position because it is home to the auto industry and has many engineers, top research universities and extensive “connected” infrastructure, Whitmer said.

The Democratic governor's order creating the new advisory panel and putting it under a different agency will take effect April 27 unless it is rejected by the Republican-led Senate. The moves were welcomed by automakers, environmental groups and a major utility, Consumers Energy.

Whitmer signed the directive and order on the hood of a self-driving vehicle that has technology developed by Pittsburgh-based Argo Al. The company's partner investors include Ford and Volkswagen.