Self-Driving Waymo Was in Manual Mode in Collision 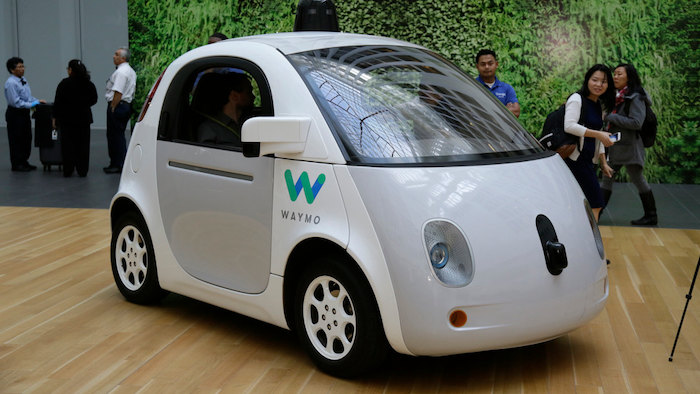 TEMPE, Ariz. (AP) — A Waymo self-driving minivan operating in manual mode was involved in a rear-end collision in a Phoenix suburb caused by a sedan's reckless driving, the company said Friday.

The collision occurred late Thursday night in Tempe when the sedan “erratically swerved" in front of the Waymo vehicle, “braking aggressively and abruptly slowing down to a full stop on a 45 mph (72 kph) road," the company said in a statement.

The Waymo driver tried to avoid a collision but the minivan rear-ended the sedan "as a result of the reckless driving of the other individual," the company said.

Tempe Police Department spokeswoman Sara Soldo said in an email the Waymo driver, who was in the minivan alone, was taken to a hospital for treatment of injuries described as not life threatening. The sedan's driver did not report being injured, she said.

The police spokeswoman said video from Waymo was being reviewed as part of its ongoing investigation, and may be released to the public in the coming days. In the meantime, no citations have been issued and there were no signs of impairment by either driver, Soldo said.

Waymo said its driver reported neck pain, and was taken to a hospital, where she was treated for minor injuries and released.

“Incidents such as this one reinforce the importance of Waymo’s mission: to make it safe for people to get where they’re going and to help save the thousands of lives now lost to traffic crashes caused by humans," the company said.

An Uber self-driving vehicle hit and killed a pedestrian in Tempe in a 2018 crash that the National Transportation Safety Board said was caused by the distracted human safety driver.

Uber halted its self-driving vehicle testing program in Arizona after that crash.