Lordstown Motors Corp., which plans to build its trucks at a former GM plant, is considering asking for a federal loan to get production up and running. 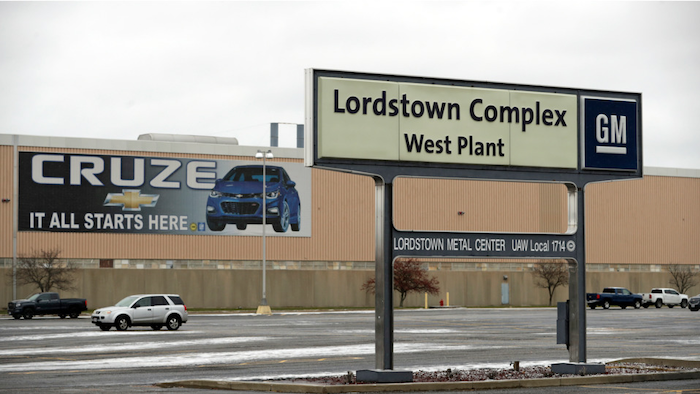 LORDSTOWN, Ohio (AP) — A startup company that wants to build electric trucks at a former General Motors assembly plant in Ohio is considering asking for a federal loan to get production up and running.

Lordstown Motors Corp. said it was in the process of learning more about the loan program “as an avenue for advancing” the company.

The company announced last November that it had bought the once-bustling factory near Youngstown that made the Chevrolet Cruze until it closed in March. Lordstown Motors wants to begin making electric trucks by late this year, but it also said at the time that it needed more investors before manufacturing can begin.

U.S. Rep. Tim Ryan, a Democrat who represents the area, said he expected Lordstown Motors to apply soon for a $200 million loan.

Ryan told The Warren Tribune Chronicle that he thinks the money would go toward revamping the plant to build the battery-powered Endurance truck.

“The government has to play a positive, impactful role to make this happen and help the risk taker who is putting all the money in,” he said.