The agreement would allow Tesla to sell, deliver and service its electric vehicles in the backyard of Detroit's Big Three automakers. 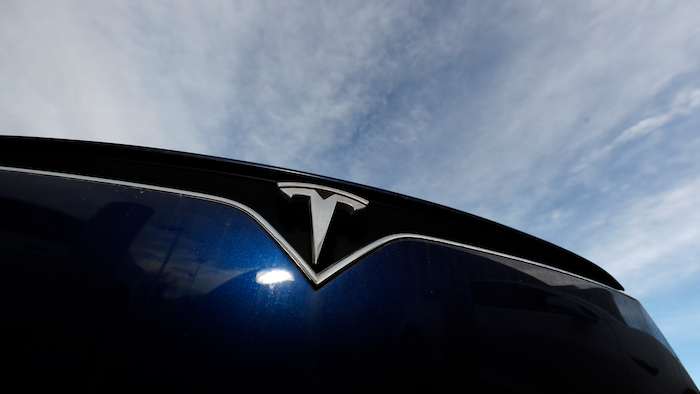 DETROIT (AP) — Tesla will be able to sell and service its vehicles in the backyard of Detroit’s three automakers under a lawsuit settlement, a person briefed on the matter says.

The deal between the state of Michigan and Tesla is likely to be announced Wednesday, said the person, who asked not to be identified because terms of the deal have not been made public.

The settlement would end the suit that Tesla filed against the state in 2016 over a law that banned company-owned stores and stopped Tesla from opening service centers.

The agreement also would allow Tesla to deliver vehicles in Michigan, the person said. Currently buyers have to leave the state to pick up their newly purchased electric cars or SUVs.

Thousands of Teslas are on the roads in Michigan but must be sold and serviced out of nearby Ohio or another state.

People buying Teslas in Michigan will still have to jump through a small hoop to do so. The person said that under the deal the Teslas will have to be titled in another state and then transferred to Michigan.

Vehicles will be serviced and sold in Michigan by a Tesla subsidiary, under the agreement, the person added.

The settlement could cause other states that have stopped Tesla from selling to follow suit.

Tesla now has what it calls a “gallery“ at a shopping mall in the Detroit suburb of Troy, Michigan. But employees there are barred from talking about pricing or lease terms or from completing sales deals.

Tesla sued former Michigan Gov. Rick Snyder and other state officials in September of 2016, challenging the 2014 law that ensures automakers can only sell vehicles through franchised dealerships.

The federal court complaint sought a declaratory judgment that the "anti-Tesla" law is unconstitutional and a court order to prevent its enforcement.

Michigan had denied Tesla's application for a license to sell directly to consumers in Michigan, citing the law that is backed by big auto companies and their dealerships.

Tesla Inc. said at the time it would “fight for the rights of Michigan consumers to be able to choose how they buy cars in Michigan.”

The Michigan Automobile Dealers Association, which represents more than 650 franchised new-car dealerships across the state, supports the law.

“It has been very good for all the manufacturers in the world that want to sell vehicles here, and it’s worked well for the consumer,” said Terry Burns, executive vice president and secretary for the organization. “It’s been a privilege for the dealers to be able to be that intermediary and sell and represent the manufacturers in a local environment with local involvement. It’s worked very well."

He said it would be premature to comment without knowing details of the settlement.

“We look forward to hearing what the settlement arrangements are and seeing how we proceed from there,” Burns said.