The new electric battery cell factory will be located next to its former assembly plant in Northeast Ohio. 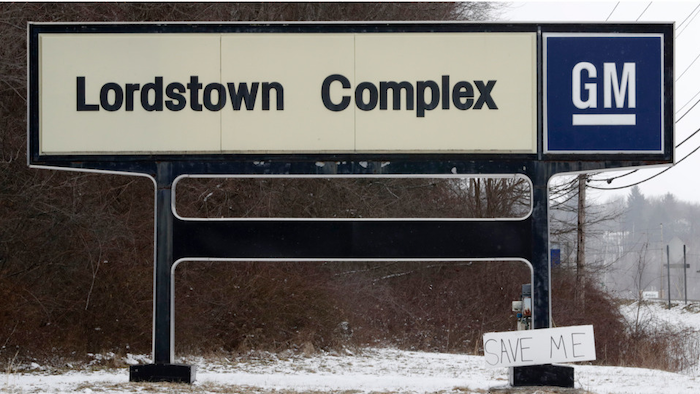 LORDSTOWN, Ohio (AP) — General Motors will build a new electric battery cell factory in Ohio next to the site of a former assembly plant it shut down last year.

The automaker selected a 160-acre site for the new plant in Lordstown in northeast Ohio and plans to break ground later this year, GM said Tuesday,

GM and Korea's LG Chem announced in December that they had formed a joint venture to work together on battery technology and build the new plant that will create about 1,100 jobs near Youngstown. GM has said it will be among the largest battery factories in the world.

GM stopped making cars at its Lordstown assembly plant last March after more than 50 years of production. It later sold the factory to a newly formed company that wants to make electric pickup trucks.

Just two years ago GM employed 4,500 workers who made the Chevrolet Cruze compact car in Lordstown. Most of those employees either retired or transferred to other GM factories.