The automaker said it reached an agreement with its employee council on an effort to slim down the company structure. 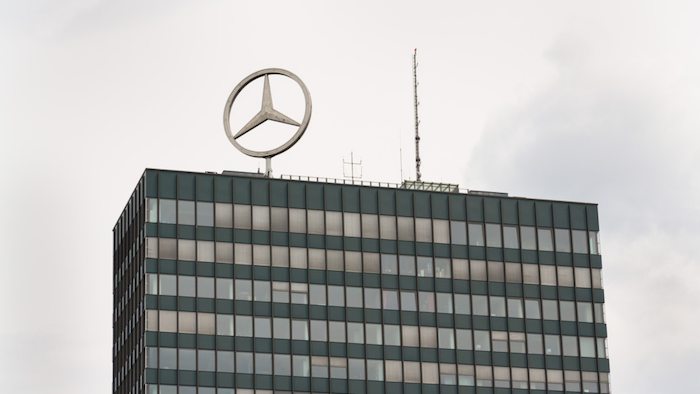 BERLIN (AP) — German automaker Daimler said Friday that it plans to cut at least 10,000 jobs worldwide by the end of 2022. It plans not to fill some vacant posts and to offer severance packages in Germany to reduce administrative jobs.

The company had said Nov. 14 that it plans to slash costs by 1.4 billion euros ($1.54 billion) by cutting every tenth managerial position and through other measures, but didn’t give details.

A statement released Friday said Daimler had agreed with its employee council on principles to slim down the company structure and the two sides will work on implementation details over the coming weeks.

It said in the statement that the company, which employs about 300,000 people, aims to cut “thousands” of jobs worldwide over three years. Personnel chief Wilfried Porth specified that a low five-digit number of posts will go, news agency dpa reported.

“We will make the measures as socially responsible as possible,” Porth said.

Daimler said that, in addition to the job-cutting drive, there will be offers to employees to reduce weekly working time, while the company will extend only “very restrictively” expiring contracts for temporary administrative workers.

He said Daimler was also being hurt in the trade war between China and the United States, with new duties being placed on U.S.-built cars that are exported to China.