Fiat Chrysler brings a strong footprint in North America, and Peugeot is the second biggest automaker in Europe. 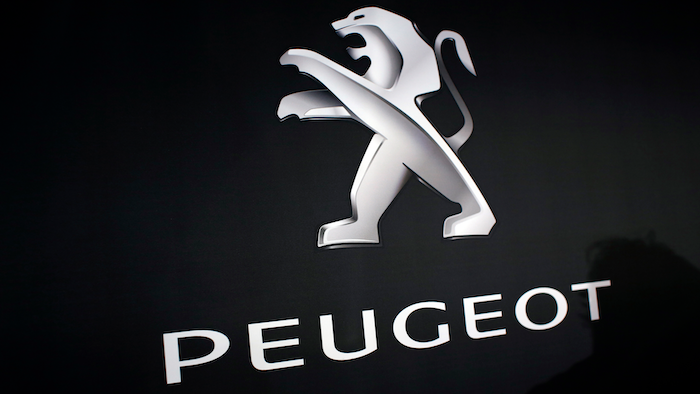 In this March 1, 2018 photo, the logo of Peugeot is displayed at PSA Peugeot Citroen headquarters during the presentation of the company's 2017 full year results, in Rueil-Malmaison, west of Paris, France. Italian-American carmaker Fiat Chrysler Automobiles on Wednesday, Oct. 30, 2019 confirmed that it is in talks with French rival PSA Peugeot, its second bid this year to reshape the global auto industry facing huge challenges with the transition to electric and autonomous vehicles.
AP Photo/Thibault Camus

MILAN (AP) — Fiat Chrysler and France's PSA Peugeot said Thursday they have agreed to merge to create the world's fourth-largest automaker with enough scale to confront big shifts in the industry, including a race to develop electric cars and driverless technologies.

Italian-American Fiat Chrysler brings with it a strong footprint in North America, where it makes at least two thirds of its profits, while Peugeot is the second biggest automaker in Europe.

Both lag in China, however, despite the participation of Peugeot's Chinese shareholder, Dongfeng. And they are playing catching up in developing electric vehicles, which is expensive and considered essential as governments impose tougher emissions limits.

The deal would seek to pool resources and gain strength in scale.

The combined company would be worth $50 billion, with revenue of 170 billion euros ($189 billion). It would produce 8.7 million cars a year — just behind Toyota, Volkswagen and the Renault-Nissan alliance, which make over 10 million each.

Philippe Houchois, an analyst at research firm Jeffries, called the agreement "the most logical and attractive combination in autos."

While the two sides have called the deal a 50-50 merger, Houchois estimated that Peugeot is paying a hefty 32% premium to take control of Fiat Chrysler.

Peugeot CEO Carlos Taveres will be CEO, and he will hold the 11th seat on the otherwise evenly divided board. Fiat Chrysler, meanwhile, has seen its earnings drop, posted Thursday a third-quarter loss due to a weaker performance in Europe.

Fiat Chrysler's chairman, John Elkann, will become chairman of the new company. The role of FCA's new CEO, Mike Manley, is murky, however. Manley, who replaced the late Sergio Marchionne last year, didn't get a title, but will have an unspecified senior executive role.

The merger is expected to offer savings of 3.7 billion euros ($4 billion), which the automakers expect to achieve without any factory closures — a concern of unions in both France and Italy where the carmakers have more overlap.

Fiat Chrysler's strongest brands are Jeep SUVs and Ram trucks and it is focusing on relaunching its premium and luxury brands, Alfa Romeo and Maserati, with a focus on hybrid engines. It still makes smaller cars under the Fiat marquee, mostly for the European and Latin American markets.

PSA Peugeot makes mostly small, city-friendly cars, family sedans and SUVs under the nameplates of Peugeot, Citroen and Germany-based Opel, which it bought in 2017. That is where the companies can expect to have the most overlap.

"This convergence brings significant value to all the stakeholders and opens a bright future for the combined entity," Tavares said in a statement.

Manley called it "an industry-changing combination," and noted the long history of cooperation with Peugeot in industrial vehicles in Europe.

The combined company would be able to share in the cost of developing electric cars and autonomous driving, among other things, as well as to save on investments in vehicle platforms.

European automakers have been looking to mergers and alliances for years to share R&D costs and tackle the issue of overproduction on the continent.

"We have to face the challenges of electric cars and autonomous cars. To face this you need to have champions at the world level," French Finance Minister Bruno Le Maire told a news conference.

The French government has a stake in Peugeot through its investment bank and just five months scuttled a similar deal between Fiat Chrysler and French automaker Renault. There were no signs of resistance to this deal, beyond concerns for jobs.

Le Maire also wants the new group to help create a European electric battery industry, something the French government has pushed for to ensure that European carmakers can reduce their dependence on U.S. and Asian battery technology.

The French state investment bank currently has a seat on the PSA board; Le Maire declined to answer at a press conference whether it would be retained.

Because of the overlap in European operations and product, there is concern among unions about job cuts, though the companies have promised to not close any plants.

The new company would continue to have offices in France, Italy and the United States, and shares would be traded in all three countries. The parent company would be based in the Netherlands, as is currently the case with Fiat Chrysler.

Both companies have strong shareholder participation by the founding families — the Peugeots in France and the heirs to the Agnelli family in Italy, represented by Elkann.

The next step in the deal is expected to be a signing of a Memorandum of Understanding, which could come before the end of the year.