The luxury cars were seized after a Swiss money-laundering probe. 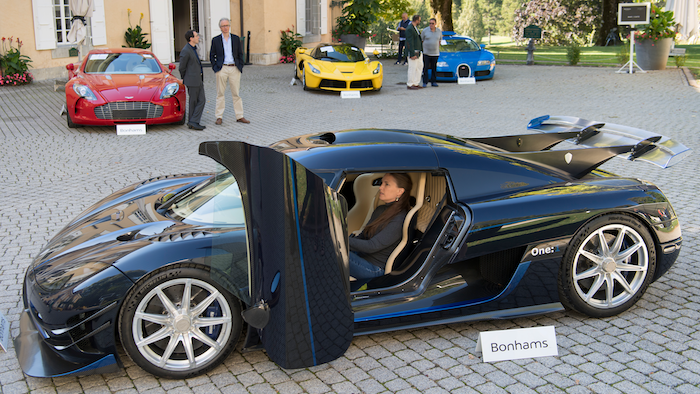 People looking at a 2015 Koenigsegg One:1 model car in front of a Aston Martin One-77 Coupe (2011), red, Ferrari LaFerrari (2015), yellow, and a Bugatti Veyron EB 16.4 Coupe (2010), blue, part of some 25 luxury cars owned by Teodoro Obiang, the son of the Equatorial Guinea's President Teodoro Obiang Nguema Mbasogo are pictured before an auction of sales house Bonhams at the Bonmont Abbey Golf & Country Club in Cheserex near Geneva, Switzerland, Sunday, Sept. 29, 2019. A collection of luxury cars from Equatorial Guinea's vice president Teodorin Obiang Nguema confiscated by the Geneva prosecutor's office after a deal ending a money-laundering inquiry, are auctioned off in Switzerland and are estimated to bring in 18.5 million Swiss francs.
Laurent Gillieron/Keystone via AP

GENEVA (AP) — Car lovers from around the world splashed out more than $27 million at an auction Sunday for dozens of luxury cars seized from the son of Equatorial Guinea's president in a Swiss money-laundering probe (view photos in gallery).

The 25 lots sold by auction house Bonhams included a white-and-cream 2014 Lamborghini Veneno roadster that cost the buyer 8.28 million Swiss francs ($8.4 million), comprising a 15% premium for the auction house but with potential taxes still to be added.\ 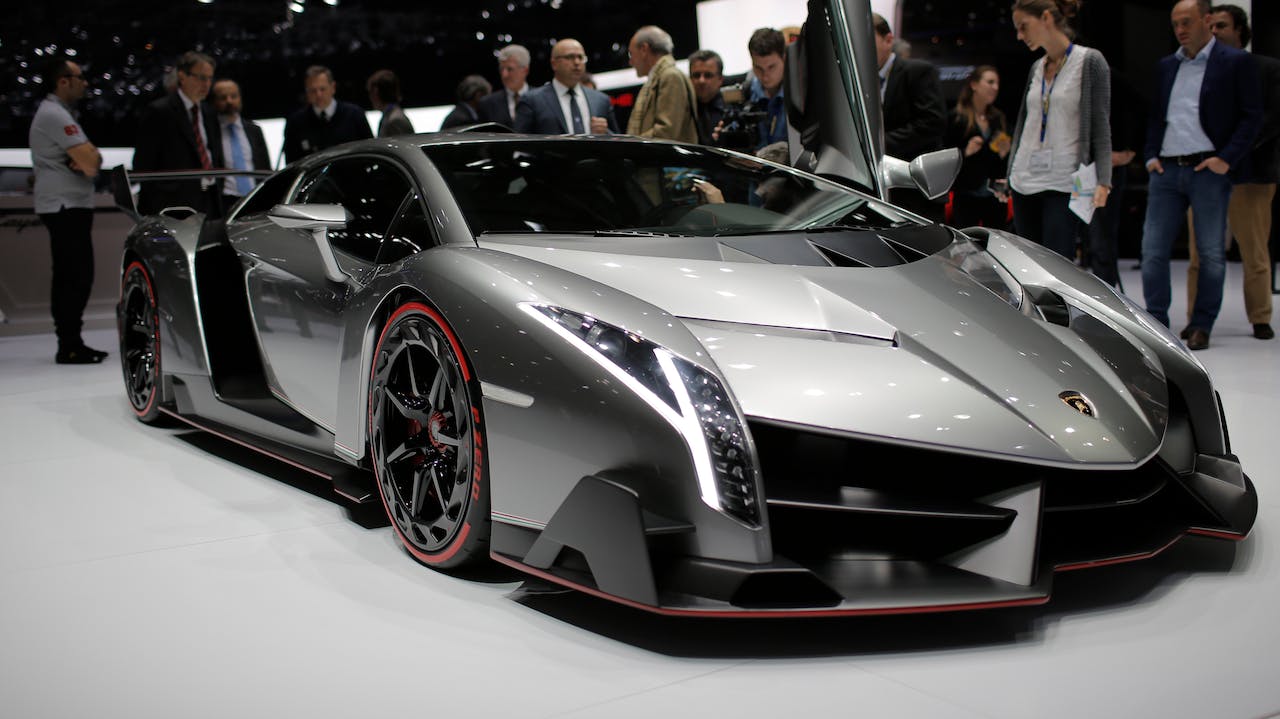 This Tuesday, March 5, 2013 file photo shows the new Lamborghini Veneno during the first media day of the 83rd Geneva International Motor Show, Switzerland. On Sunday, Sept. 28, 2019, an auction house in Switzerland is set to sell 25 luxury cars including Ferraris, Rolls-Royces and a Lamborghini Veneno that Geneva authorities seized from the son of Equatorial Guinea’s president in a money-laundering probe.AP Photo/Laurent Cipriani, file

The supercar — one of only nine such versions produced — had been driven only 325 kilometers (201 miles) and has an official top speed of 359 kilometers per hour (223 mph), Bonhams said.

Total proceeds from the sale beat the 18.5 million francs ($18.7 million) that authorities had hoped to fetch for a charity to benefit the people of oil-rich Equatorial Guinea.

The auction comes after the Geneva prosecutor's office announced in February it had closed a case against Teodoro Nguema Obiang Mangue, the son of the country's four-decade president, Teodoro Obiang, and two others following a probe of money laundering and mismanagement of public assets.

Swiss authorities seized the cars and ordered the sequestration of a yacht in 2016.

The yacht was released in the arrangement announced in February, under which Equatorial Guinea agreed to pay Geneva authorities 1.3 million Swiss francs "notably to cover procedural costs," the prosecutor's office said.

Other cars sold at the Domaine de Bonmmont golf club on the edge of Geneva included a yellow 2003 Ferrari Enzo for 3.1 million francs, and a 2015 Koenigsegg One:1 that fetched 4.6 million francs.

An armored 1998 Rolls-Royce Silver Spur limousine described as being "perfect for someone with enemies" but requiring extensive work sold for 86,250 francs.

The Equatorial Guinea president's son, who is also a vice president, has been ensnared in legal trouble elsewhere. Last year, Brazilian officials said $16 million in undeclared cash and luxury watches that were seized from a delegation he led may have been part of an effort to launder money embezzled from the country's government. And a Paris court in 2017 convicted the son of embezzling millions of dollars in public money, although the case has been appealed.

The Geneva prosecutor's office in February cited rules allowing prosecutors to close cases in which the person under investigation had "repaired the damage or done everything that could have been expected of him or her to make up for the wrong that was caused."

The investigation involved authorities in the United States, the Cayman Islands, France, Monaco, Denmark, the Netherlands and the Marshall Islands.