The work could lead to new policies that could save millions of dollars and cut down on traffic. 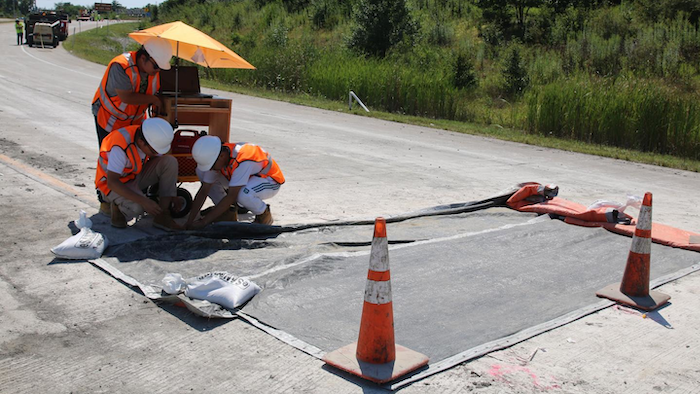 WEST LAFAYETTE, Ind. -- Ever wonder why your commute or vacation route has a lane closed down for days or even months at a time?

It could be because a construction project wrapped up before the concrete was ready to take on heavy truck traffic, causing the pavement to fail too soon and need repairs more frequently throughout the year.

Indiana, the "Crossroads of America," is doing something about it: Asking researchers to find out exactly how long it takes for concrete to mature on a highway.

The Indiana Department of Transportation (INDOT) tasked a team of Purdue University engineers with collecting data on concrete maturity through select highway patching and paving projects. The team will use the data to provide a new evidence-based recommendation on the optimal time to open up traffic following a construction project.

The new policies could save millions of dollars each year, the researchers say - not to mention, cut down on traffic.

The team, led by Luna Lu, an associate professor in Purdue's Lyles School of Civil Engineering, is collecting data through sensors the group designed to track concrete strength development in real time through measurements of hydration, stiffness, compressive strength and other properties of concrete. After testing, INDOT plans to adopt the sensors, allowing them to permanently live in highways and continuously keep contractors informed on concrete distress.

So far, the researchers and INDOT engineers have embedded the sensors into three highways in Indiana: I-70, I-74 and I-465 near Indianapolis. The Purdue team also is working with the Federal Highway Administration on a nationwide pooled fund study to implement the technology in other states. California, Texas, Kansas and Missouri are planning to join the study.

"Concrete pavement patching has to achieve a certain strength level to accommodate truck traffic due to the load and pavement curling and warping. Through these sensors, a contractor will know exactly when the concrete is mature enough to accommodate heavy truck loads and the curling and warping stress," said Tommy Nantung, research and development planning and production manager for INDOT. 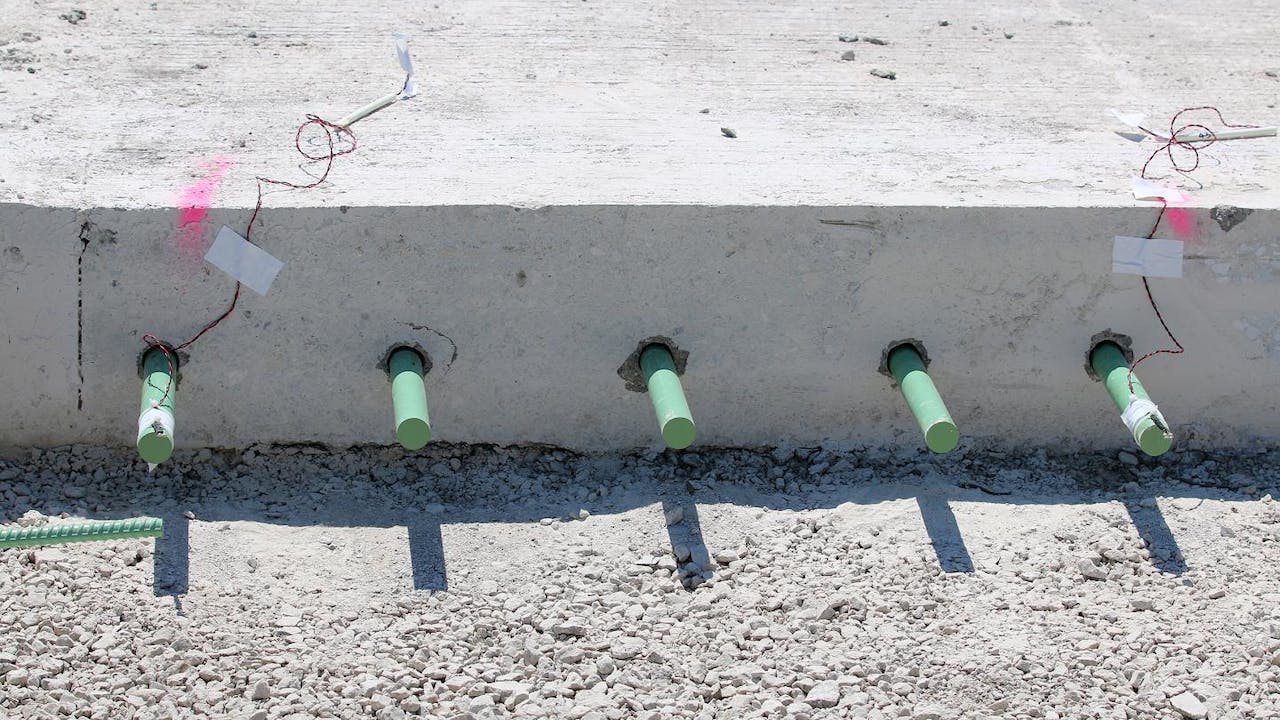 Sensors developed by Purdue engineers are being embedded into Indiana highways to determine when concrete is mature enough to open up traffic following a construction project.Purdue University photo/Erin Easterling

In Indiana, Department of Transportation guidelines require some concrete patching projects to complete within a certain amount of time so that traffic can open up. But current methods for determining traffic opening times are often unreliable, causing traffic to resume before the concrete has properly matured. The methods can also be inefficient and expensive, resulting in construction delays and cost overruns.

One type of test, flexural-strength testing, requires construction workers to cast and place a heavy, two-foot-long concrete beam onsite and then transfer it to either a mobile lab onsite or an offsite facility to know if the concrete is mature enough. The test not only risks worker safety, but also is inaccurate due to differences between lab and field conditions.

"The impact of this study can be revolutionary as it does not require any conventional mechanical testing or expensive and heavy test setups in the field. There is no need for calibration for each different mix design," said Lu, who also is an American Concrete Pavement Association Scholar in Concrete Pavement and Materials Science.

The sensor developed by Lu's team is more accurate because it lives in the concrete. While each sensor measures only an 11-inch area of concrete, it is inexpensive to embed many of the sensors along a concrete section, the team says.

The sensors are protected from corrosion and not easily crushed by construction equipment. The setup also allows data to be collected for years after the concrete is laid down. In contrast, conventional laboratory testing methods collect data for only 28 days, leaving gaps in understanding of how concrete strengthens after that point.

"Being able to track concrete strength over a longer period of time would help engineers to know if they've over- or under-designed roads and better determine when to replace the concrete," Lu said.

Currently, measurements must be taken every hour on site, but the team plans to make the sensors work wirelessly in the future, such as through an app.