Auto Industry Robots Up in 2019

A new report finds the number of robots ordered by automakers in the first six months of the year jumped 83% compared to 2018. 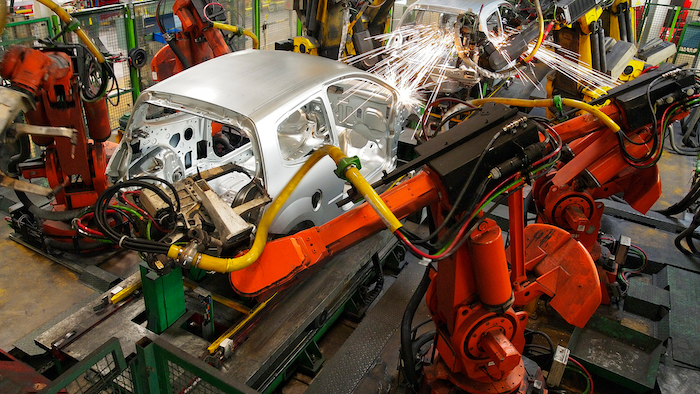 Automotive manufacturers dramatically increased their orders of robotics in the first half of 2019, a newly released industry report shows.

But the same couldn’t be said for their suppliers.

The Robotic Industries Association’s latest analysis said that North American companies overall ordered about 7% more robots in the first six months of the year compared to the same period in 2018. The 16,488 robots ordered during that span equated to $869 million, RIA analysts wrote.

Automotive OEMs increased their robotics orders by 83% — by far the largest of the eight segments tracked by the group. Semiconductor and electronics companies saw a 12% increase, with life sciences and pharmaceutical sector and food and consumer segment showing increases of 8% and 3%, respectively.

Producers of automotive components, however, saw a 6% decrease in orders compared to the first half of 2018. The plastics and rubber industry, metals companies and other businesses also experienced declines this year.

Despite the mixed numbers, RIA parent group Association for Advancing Automation noted robotics continues to grow in “the greatest period of robot expansion in history.”