The Aisin AW facility could signal a planned expansion by Toyota in San Antonio. 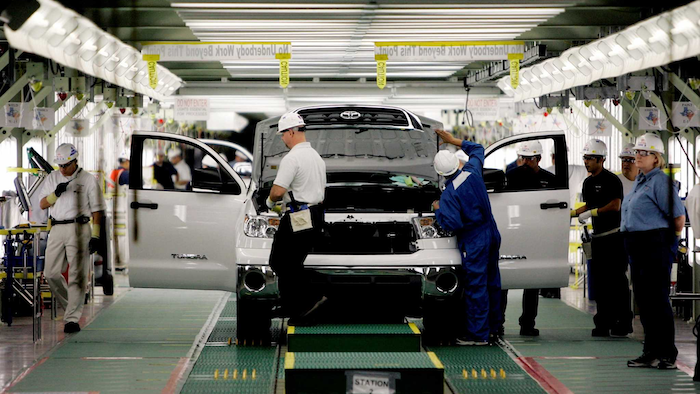 A Toyota Tundra truck is inspected during the final stages of assembly in San Antonio.
AP Photo/Eric Gay, File

A Japanese auto components giant this week outlined plans to build a $400 million factory outside San Antonio to supply the nearby Toyota plant.

Aisin AW — a major Toyota supplier of drivetrains, transmissions and vehicle technology — expects that the facility in Cibolo, Texas, will employ about 900 workers. Reports suggested the project could foreshadow Toyota’s plans to expand its operations in San Antonio, where it produces the Tacoma and Tundra pickups.

City and county officials approved tax abatements and other incentives for Aisin subsidiary AW Texas that could be worth more than $25 million, according to The Rivard Report.

“I think this is just an indication of what the future might hold for us as well,” San Antonio Economic Development Foundation Chief Development Officer Tom Long told the publication.