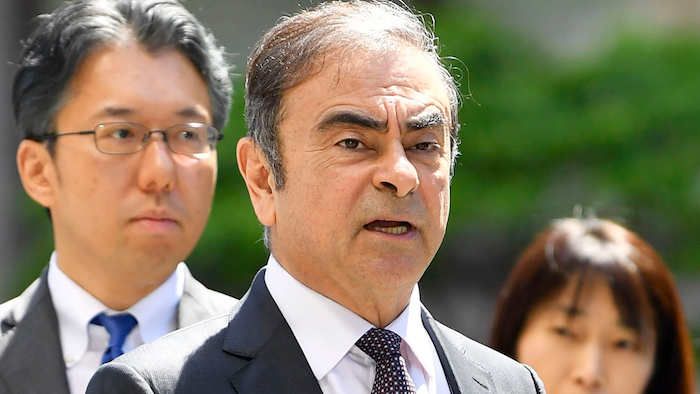 In a statement Tuesday night, the French carmaker recommended joint Renault-Nissan legal action in the Netherlands, where the alliance is based. It suggested ordering Ghosn himself to reimburse the company for some of the expenses.

The audit of joint company RNBV found deficiencies "in terms of financial transparency and procedures for monitoring expenditure," the statement said. It noted questionable expenses for Ghosn's air travel, personal spending and donations to nonprofit organizations.

Ghosn is facing accusations of financial misconduct in Japan, which he denies and says are politically driven by enemies at Nissan. Ghosn was credited with leading Renault's rescue of Nissan from near bankruptcy.