The National Highway Traffic Safety Administration said it has four complaints that seat belts failed in GM SUVs after recall repairs were done. 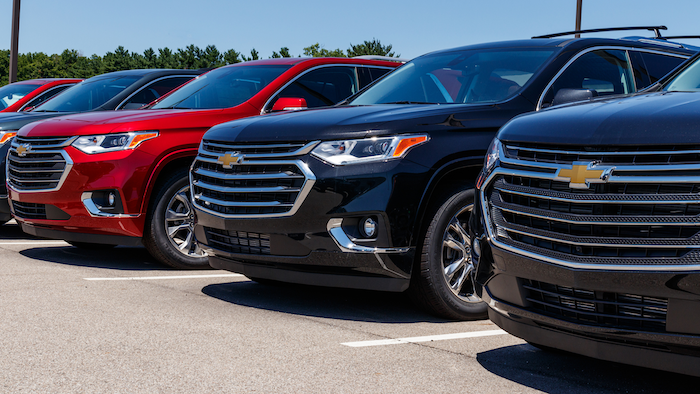 The recall covered about 1.4 million Chevrolet Traverse, Buick Enclave, GMC Acadia and Saturn Outlook SUVs from the 2009 through 2014 model years.

GM originally did the recall because a flexible steel cable connecting the front seat belts to the vehicle could separate. If that happens, it may not restrain a person in a crash.

GM dealers were to inspect the cables and replace them if needed. But the National Highway Traffic Safety Administration said in documents posted on its website Thursday that it has four complaints that seat belts failed in the SUVs after recall repairs were done. No injuries were reported.

In one of the complaints, a man from Dayton, Ohio, told NHTSA that the seat belt cable on his 2010 Traverse snapped as his wife was fastening it. The SUV was recalled in 2014 and was repaired, he wrote. But when contacted about the new problem, Chevrolet told him it was "normal wear and tear," the man wrote.

The agency says it will assess the effectiveness of the recall and evaluate the durability of the cables.

"We will fully cooperate with NHTSA to support their investigation," GM said in a statement.