European Commission officials said because they are security partners, "neither U.S. nor European products can represent a security threat to the other side." 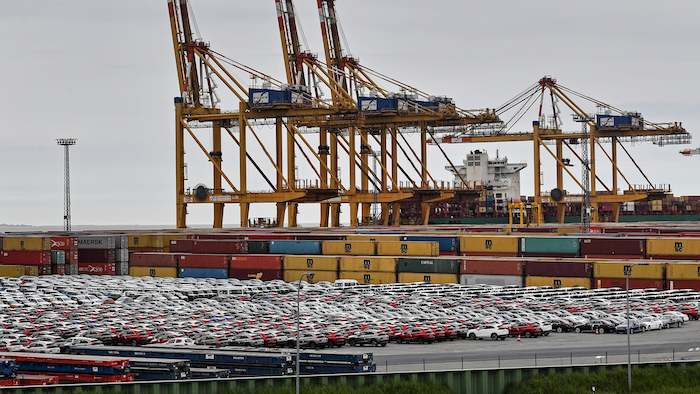 Cars for export and import are stored in front of containers on Thursday, May 16, 2019, at the harbor in Bremerhaven, Germany.
AP Photo/Martin Meissner

European Commission spokesman Margaritis Schinas said Monday that "the EU and the U.S. are security partners (so) neither U.S. nor European products can represent a security threat to the other side."

U.S. President Donald Trump is delaying for six months any decision to slap tariffs on foreign cars, a move that would have hit Japan and Europe especially hard.

Trump still hopes to use the threat of auto tariffs to pressure them into making concessions in ongoing trade talks.

Schinas says that "neither the U.S. nor the EU can have an interest to enter a trade conflict."