The automaker will move 550 jobs from one Kentucky plant to another to boost production of its Expedition and Lincoln Navigator. 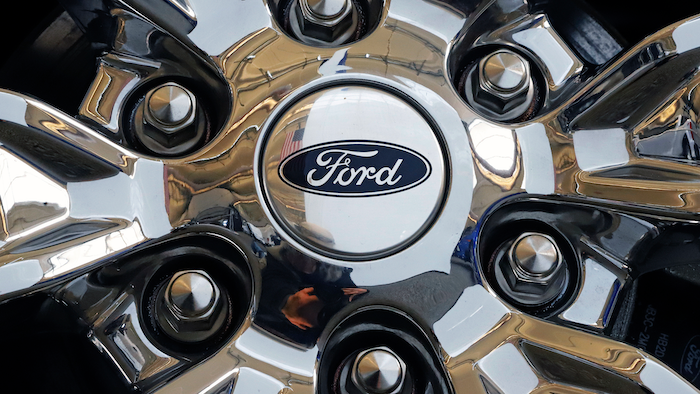 Ford Motor Co. said Tuesday it will shift 550 jobs to its Kentucky Truck Plant to boost production of its Expedition and Lincoln Navigator vehicles to meet growing demand for its large SUVs.

Growing sales for the Expedition and Navigator are driving a 20 percent production boost at the plant in Louisville, the automaker said.

To increase the truck plant's workforce, Ford said it will shift the jobs away from its crosstown factory — Louisville Assembly Plant, which makes the Ford Escape and Lincoln MKC.

Growing demand for large SUVs is fueling the employment boost at the sprawling truck plant.

"Kentucky Truck Plant is home to two of Ford and Lincoln's most successful vehicles," said John Savona, Ford vice president, North American manufacturing. "After seeing a continued increase in customer demand for Expedition and Navigator, we are boosting production for a second time to meet it."

The truck plant's production will increase after the summer shutdown in July, Ford said.

Production of Expeditions at the Kentucky Truck Plant grew from nearly 50,000 in 2017 to around 76,000 last year, Ford said. Navigator production doubled in the same period to about 24,500.

The Kentucky Truck Plant, one of Ford's largest assembly plants in North America, has about 8,100 hourly workers and the Louisville Assembly Plant has about 4,400 hourly employees. The assembly plant will soon transition from a three-shift to a two-shift operation, which was announced late last year.

Ford has invested $925 million in the Kentucky Truck Plant in the past several years to build the Expedition and Navigator. The plant also produces Super Duty pickups.

To produce even more Expeditions and Navigators, Ford said it has increased the line speed at Kentucky Truck Plant. After a production review by a group of salaried and hourly workers, the plant added more workstations and split up some tasks, the company said.

Ford's announcement that it's boosting production of its large SUVs is the latest signal of the auto industry's shift to SUVs and trucks.

General Motors plans to shed as many as 14,000 workers in a major restructuring aimed at shifting its focus to making trucks, SUVs and electric and autonomous vehicles.

Toyota announced last week that its Georgetown, Kentucky, facility will get a $238 million investment to produce hybrid versions of Lexus ES 300 sedans starting in May and the RAV4 SUV starting in January 2020.