The lawyer for Sarah Milburn, who was paralyzed in a 2015 car crash in Dallas, argued the seatbelts her Uber driver's Honda Odyssey contributed to her injuries. 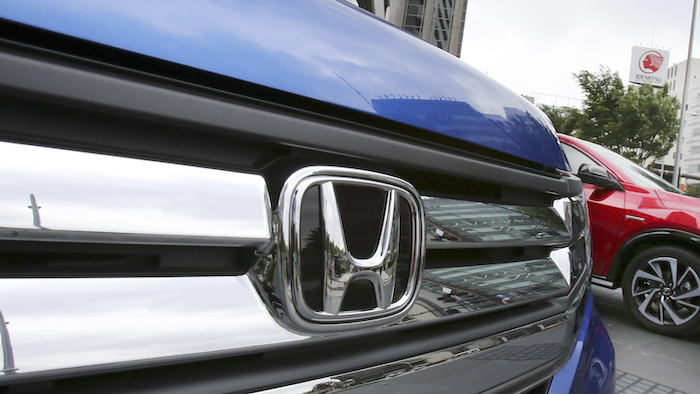 In this May 16, 2016, photo, a Honda model on display at Honda Motor Co. headquarter in Tokyo.
AP Photo/Koji Sasahara

A Texas jury has awarded more than $37 million to a woman who sued Honda after being paralyzed in a 2015 car crash.

Sarah Milburn sued the automaker over its seatbelt design after her Uber driver ran a red light and the Honda was struck by a pickup truck in Dallas.

Milburn's lawyer argued that the seatbelts in the Honda Odyssey were poorly designed and contributed to her injuries. The crash broke the 27-year-old's spine, leaving her a quadriplegic.

A Honda spokesman said Friday that the company will appeal. Honda had argued it wasn't liable for Milburn's injuries because the Odyssey's seatbelts met federal safety standards.

Milburn's lawyer argued the seatbelts where Milburn was seated in the minivan had a two-part system that was unfamiliar and difficult to use for many people.