UC-Santa Cruz researchers said new fees would be needed to encourage continued use of public transit in the era of autonomous vehicles. 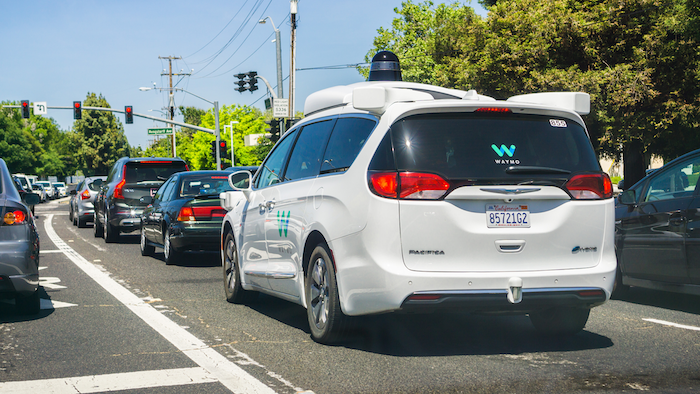 A transportation researcher is calling on policymakers to establish a new fee model for driverless vehicles — before such technologies become widespread and subject to more intense political pressure.

Adam Millard-Ball, an associate environmental studies professor at the University of California-Santa Cruz, conducted a study — published in the journal Transport Policy — using game theory and a traffic model simulation to evaluate the proliferation of autonomous vehicles in city centers.

Millard-Ball argued that current downtown parking costs help encourage people to use public transit systems, thereby easing traffic congestion. Autonomous vehicles, however, would be capable of bypassing parking lots altogether and simply circle nearby until their passengers are ready to be picked up.

And, he added, it wouldn’t take very many of those cars to cause problems. Millard-Ball’s model showed that even under favorable conditions, as few as 2,000 driverless cars in San Francisco would slow traffic to less than 2 miles per hour.

"It just takes a minority to gum things up," Millard-Ball said in a release.

Millard-Ball called for cities to implement user fees, which are already in place for drivers entering London, Singapore and Stockholm. He said more sophisticated “congestion pricing” could eventually levy fees based on miles driven or routes taken through cities.

Time, however, is a factor. He estimated that autonomous vehicles are five to 20 years from becoming widespread on roads, and by that point, consumers won’t like being taxed for something they previously received for free.

Implementing such fees now, when practically no one operates a driverless car, would be politically easier, and the funds raised could help pay for transit systems or other transportation infrastructure.

Millard-Ball’s proposal, he argued, would also be preferable to other potential regulations.

“You can pass a law saying it's illegal to drive more than 10 minutes without a passenger, but what if the car is picking up a parcel?" Millard-Ball asked.