The automaker implemented printed polymer components in its F-150, Focus and Mustang models. 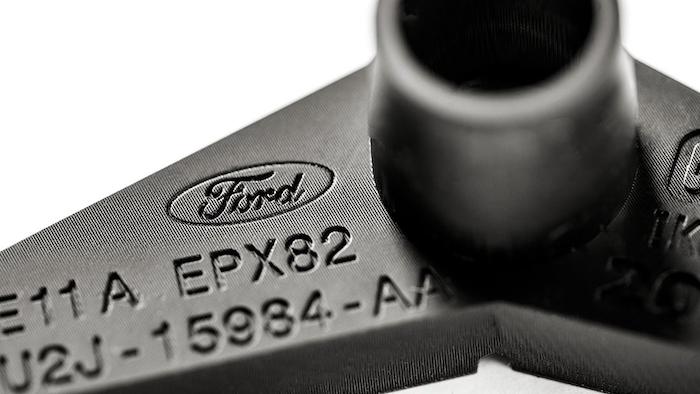 The companies, which began collaborating in 2014, detailed the first “digitally manufactured” parts to enter Ford’s production operations at the North American International Auto Show in Detroit.

The components included an HVAC lever arm for the Ford Focus, auxiliary plugs for the F-150 pickup and electric parking brake brackets for the Mustang.

The parts are comprised of Carbon’s EPX 82 epoxy material and produced with proprietary methods that, Carbon officials said, result in 3D-printed parts that approach the consistency of injection-molded components.

The process, which Carbon named CLIP, projects light through a permeable window to cure a reservoir of resin. The resin part is then baked to strengthen the material.

“The automotive industry shows significant promise for using digital fabrication at scale, and our work with Ford is a perfect example of the kind of innovation you can achieve when you design on the means of production,” Carbon co-founder and CEO Joseph DeSimone said in a statement.