Arizona said the automaker violated a state fraud law by programming emission systems to turn off or reduce their effectiveness while on the road. 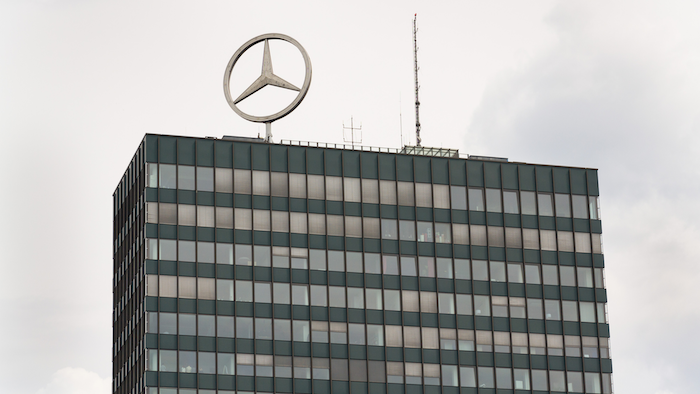 The state of Arizona alleges in a lawsuit that Mercedes-Benz violated a state fraud law by programming emission systems on certain models of its diesel vehicles to turn off or reduce their effectiveness while on the road, leaving consumers unaware that the vehicles send an enormous amount of nitrous oxide pollutants into the air.

The lawsuit filed Tuesday by Arizona Attorney General Mark Brnovich also accuses Mercedes-Benz USA and its parent company, Daimler AG, of intentionally concealing the practice from consumers, while at the same time marketing its BlueTEC diesel vehicles as environmentally friendly.

Testing by the state's experts revealed that on-road emissions of the vehicles were high, but when the same vehicles had low emissions when tested inside a laboratory, the lawsuit said.

"Defendants misrepresented and concealed the true emissions performance of its vehicles equipped with BlueTEC engines because of its manipulations that limit emission controls in normal driving conditions," the lawsuit said.

Daimler AG spokeswoman Uta Wüest von Vellberg said in an email that the company believes the lawsuit's claims are without merit. "We intend to vigorously defend against them," she said.

The lawsuit drew parallels between the Mercedes vehicles and emissions-cheating vehicles produced in the past by Volkswagen, which has acknowledged programming its diesel engines to activate pollution controls when being tested in government labs and turning them off when on the road.

Robert Carey, a Phoenix attorney who represents the state of Arizona in the lawsuit, said the method of Mercedes' emissions-cheating was different than Volkswagen, but the result was the same.

The state is seeking restitution for several thousand Arizona residents who bought or leased such Mercedes vehicles between 2007 and 2016 and civil penalties of up to $10,000 for each violation of the Arizona Consumer Fraud Act. The lawsuit doesn't specify the amount being sought from the car maker.