Anthony Ghosn told France's Journal du Dimanche people will be surprised when his father recounts his version of events to a Tokyo court on Tuesday. 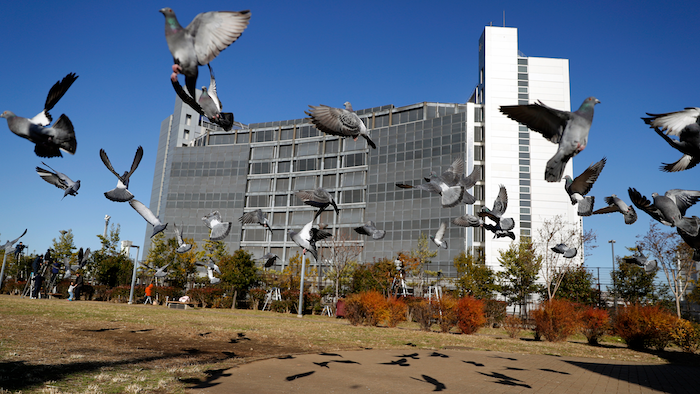 The son of former Nissan chairman Carlos Ghosn said in an interview published Sunday that people will be surprised when his father, detained since Nov. 19 for allegedly falsifying financial reports, recounts his version of events to a Tokyo court on Tuesday.

Anthony Ghosn, 24, told France's Journal du Dimanche that his father — who will remain detained until at least Jan. 11 — will get 10 minutes to talk at the hearing, being held at his own request.

"For the first time, he can talk about his version of the allegations against him," Anthony Ghosn said in the interview with the weekly paper Journal du Dimanche. "I think everyone will be rather surprised hearing his version of the story. Until now, we've only heard the accusers."

The son has no direct contact with his father, and gets information via lawyers.

He said his father, who for decades was a revered figure in the global auto industry, has lost about 10 kilograms (22 pounds) eating three bowls of rice daily, but he reads books and "he resists."

Ghosn refuses to cave in, said his son, contending that he would be freed from detention if he admitted guilt to the prosecutor.

"But for seven weeks, his decision has been quite clear ... He won't give in," Anthony Ghosn said, adding that he would be wearing prison clothes and handcuffs in court.

Countering media portrayals, he insisted his father, a Brazilian-born Frenchman of Lebanese ancestry, is "not obsessed by money."

"He always told us that money is but a means to help those you love, but not an end unto itself."

Ghosn is charged with underreporting his pay by about 5 billion yen ($44 million) in 2011-2015, and faces a breach of trust allegation.

He led Nissan Motor Co. for two decades and helped save the Japanese automaker from near bankruptcy.

He remains head of France's Renault car company, which owns 43 percent of Nissan.

Another Nissan executive, Greg Kelly, was arrested on suspicion of collaborating with Ghosn on the underreporting of income and was freed Dec. 25 on 70 million yen ($635,600) bail after more than a month in detention.