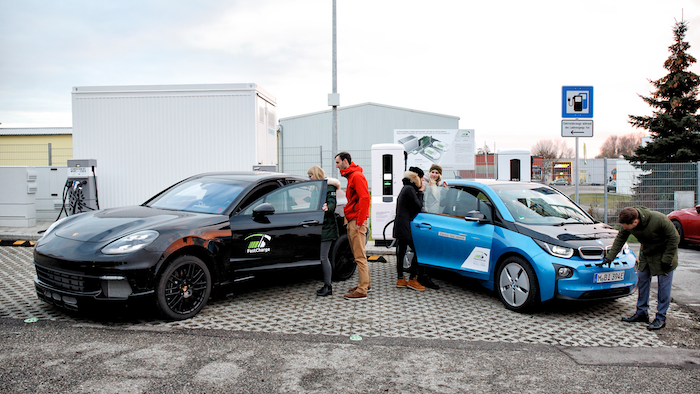 A German industry consortium this week showcased an electric vehicle charging station capable of charging a car in minutes.

Siemens developed the energy supply system for the station, while Phoenix Contact produced the charging cables and a specialized wall duct to cool the system.

The charging station’s capacity is three to nine times higher than current fast-charging stations, and can handle up to 920 volts in order to accommodate the higher-voltage EVs of the future, officials said.

“Thanks to high-current, high-voltage charging, the system is suitable for a number of different applications, including fleet charging solutions and, as in this case, charging along highways,” the companies said in a statement.

The system, officials added, can be used currently — free-of-charge — by the electric vehicle type common in Europe. It can charge several vehicles simultaneously, and a charge controller automatically adjusts the output to accommodate different battery systems.