An internal investigation showed Carlos Ghosn's pay complied with French law after the Renault CEO and former Nissan chairman was arrested in Japan. 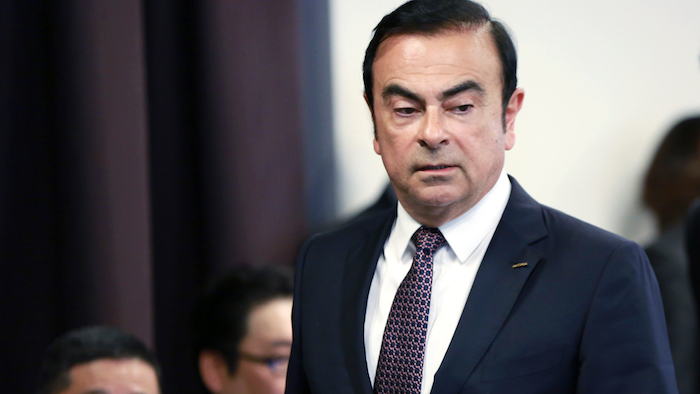 Renault says an internal investigation has found no wrongdoing in the awarding of compensation to CEO Carlos Ghosn, who has been indicted in Japan on charges of falsifying financial reports.

Following a board meeting, the French carmaker said in a statement Thursday that the preliminary results of a review of Ghosn's compensation for the years 2015-18 showed it was in compliance with French law.

Ghosn, Nissan's former chairman, was arrested last month in Japan. He and Nissan were charged Monday with violating financial laws by underreporting Ghosn's pay by about 5 billion yen ($44 million) in 2011-2015.

While he was fired at Nissan, Ghosn kept his position at Renault, though deputies are filling in during his absence. Renault's board said it does not have "information concerning Carlos Ghosn's defense."