Dan Ammann will become CEO of Cruise Automation at the beginning of next year. 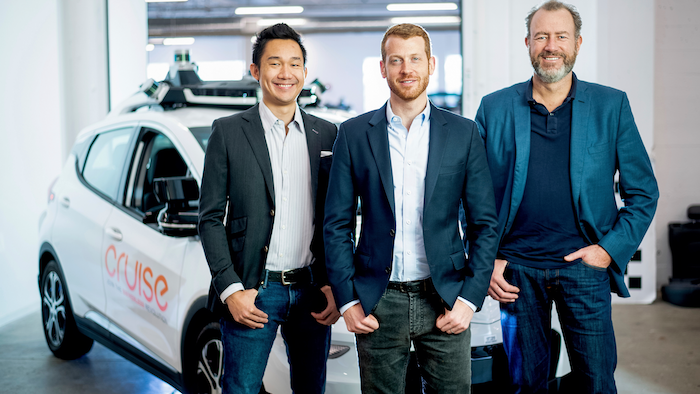 General Motors' No. 2 executive is moving from Motor City to Silicon Valley to run the automaker's self-driving car operations as it attempts to cash in on its bet that robotic vehicles will transform transportation.

GM President Dan Ammann will become CEO of the company's Cruise Automation subsidiary at the beginning of next year. He will replace Cruise co-founder Kyle Vogt, who will become chief technology officer.

The transition announced Thursday comes as Cruise gears up to up introduce a ride-hailing service deploying its driverless technology in GM's Chevy Bolt next year. The service is supposed to debut at some point next year in a major U.S. city, with Cruise's home city of San Francisco considered to be among the top candidates.

Cruise and GM have steadfastly declined to provide further details about the ride-hailing service, which is expected to be the second in the U.S. to rely on fully autonomous vehicles that won't have a human behind the steering wheel to take control if the technology goes awry. Google spinoff Waymo has promised to launch a ride-hailing service with driverless vans in the Phoenix area within the next few weeks.

GM's decision to put one of its top executives in charge of Cruise provides further validation of a 5-year-old startup that has ballooned from 40 workers to more than 1,000 employees since the Detroit automaker bought it for $1 billion in 2016.

But the change in command could pose cultural challenges if Ammann's arrival as CEO signals that GM — a 110-year-old company with $146 billion in annual revenue — will be exerting more control over Cruise, whose engineers have enjoyed relatively free rein so far.

"This is a major power player coming into run what has been a small division," said Gartner auto analyst Mike Ramsey. "This seems to be a matter of sheer dollars and cents."

In a joint interview with The Associated Press, however, both Ammann and Vogt depicted the move as a natural evolution.

Vogt already had been answering to Ammann since the GM executive engineered the Cruise acquisition. So both men predicted their relationship won't change dramatically, except that Ammann will now be in San Francisco and no longer have his attention diverted by his responsibilities as GM's president. The GM global and financial divisions that currently report to Ammann will be overseen by CEO Mary Barra beginning next year.

Nevertheless, Vogt, 33, is being supplanted as CEO — a change that often has culminated in other founders of Silicon Valley startups to leave within a year or two of being replaced. Vogt, who studied robotics at MIT, all but guaranteed that won't happen because his new role will enable him to focus more intensively on the self-driving car technology that he believes will create more convenient and safer ways for people to get around.

"This is already the coolest job for anyone with a background like me," Vogt said. "I am dead set on finishing what we have started here. And I am not done until millions of people have access to this technology and can reap the benefits."

Ammann, 46, knows his way around finance. His resume includes a stint as an investment banker at Morgan Stanley and as GM's former chief financial officer before being promoted to president in 2014. He joined GM in 2010 as its treasurer to help lead the company's initial public offering of stock later that year. His role in that IPO is likely to fan speculation that GM eventually will spin off Cruise, which is currently valued at $14.6 billion after getting investments from Japanese technology conglomerate SoftBank and Honda earlier this year.

As part of its agreement to buy a 20 percent stake in Cruise for $2.25 billion, SoftBank can swap its holdings for GM shares if Cruise isn't spun off in seven years.

Ammann declined to discuss a possible spinoff of Cruise.

Vogt believes it would be a mistake to view Cruise's incoming CEO as a bean counter.

Ammann "can actually hold his own and absorb complex engineering topics as good as our best engineers and more importantly knows the tough questions to ask at the right time," Vogt said.