Nissan Chairman to be Detained for Another 10 Days

Under Japanese law, suspects can be held for 20 days per possible charge without an official indictment. 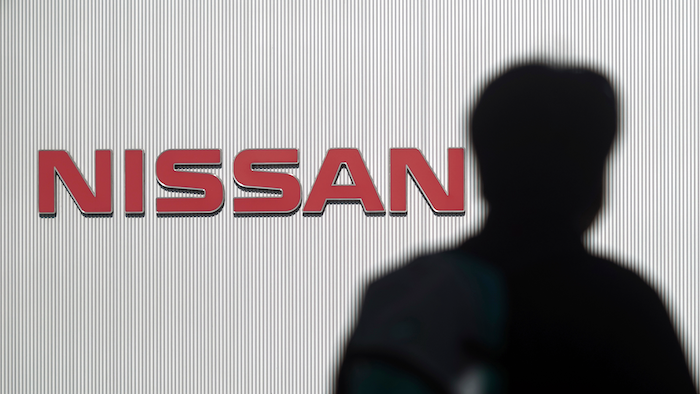 Nissan Motor Co. chairman Carlos Ghosn will be detained for another 10 days following his arrest on suspicion of falsifying income reports by millions of dollars and misusing company assets for personal gain, Japanese media reported Wednesday.

Nissan's board of directors is due to meet Thursday and decide if it will dismiss Ghosn and the company's representative director, Greg Kelly. He also arrested Monday on suspicion of collaborating in the wrongdoing.

Their detention was extended Wednesday for another 10 days, Kyodo News service reported. It cited the Tokyo District Court, which declined to comment.

Under Japanese law, suspects can be held for 20 days per possible charge without an official indictment. Additional charges can be tagged on, resulting in longer detentions. Neither Ghosn nor Kelly has been charged so far.

Ghosn is suspected of under-reporting $44.6 million in income from 2011 to 2015, according to Tokyo prosecutors.

The maximum penalty, upon conviction for violating finance and exchange laws is 10 years in prison, a 10 million yen ($89,000) fine, or both.

Despite the high-profile arrests, analysts said the impact on Nissan auto sales would likely be minimal.

"I'd be surprised if it impacts car sales very much," said Christopher Richter, auto analyst for CLSA Securities Japan Co. "Consumers are discerning enough to say: This car, the wheels might fall off so I'm not going to buy it. This car company, the executive might have done something kind of dodgy, but do I like the car or not."

Richter noted sales dips that hit after previous Nissan scandals were temporary. The deviations the automaker acknowledged in those scandals were more directly related to product quality, such as mileage, emissions and plant inspections.

Renault SA of France, a partner since the late 1990s and now holding a 43 percent stake in Nissan, retained Ghosn as chief executive in an emergency board meeting Tuesday, while naming the company's chief operating officer, Thierry Bollore, in his place. Renault's board also is requesting that Nissan share details of its internal investigation into Ghosn, which the company says was sparked by a whistleblower.

From the start, Nissan has sought to distance itself from the arrests.

Chief Executive Hiroto Saikawa denounced Ghosn and Kelly as "the masterminds," and made clear he thought they should be removed at Thursday's board meeting.

Ghosn, 64, is credited with turning around Nissan from near-bankruptcy after he was sent to Nissan by Renault in 1999. He served as Nissan's chief executive from 2001 until last year. He became chief executive of Renault in 2005, leading the two major automakers simultaneously. In 2016, he became chairman of Mitsubishi Motors Corp. after Nissan took it into the alliance to help it recover from an inspections scandal at the smaller automaker.

Kelly, 62, joined Nissan in the U.S. in 1988, and became a board member from 2012. His background over the years has been in human resources and alliance management. He has a law degree from Loyola University School of Law and a bachelor's degree in public administration from Augustana College.

When Saikawa was asked how such actions could have gone undetected for five years, perhaps longer, he blamed a murky system of checks and balances at Nissan and emphasized that he believed Ghosn had too much power.

Nissan's overall performance won't be hurt by the absence of Ghosn, "as long as the executive team pulls together," said Janet Lewis, an analyst at Macquarie Research.

The fact the case was initially raised by a whistleblower shows the system was working, she said.

Masahiro Akita, auto analyst with Credit Suisse, said he was stunned by the news of Ghosn's arrest.

But he believes operations at Nissan will mainly remain business as usual, while uncertainties about brand image remain.

"It's not realistic to think the alliance will suddenly change as it is now already operating," he said, noting the automakers share platforms, or the basic parts on which vehicles are built, as well as parts purchasing.

"You can't go back on it that easily."