The Wall Street Journal reported the FBI is conducting a criminal investigation into whether Tesla misled investors by overstating forecasts for its Model 3 sedan. 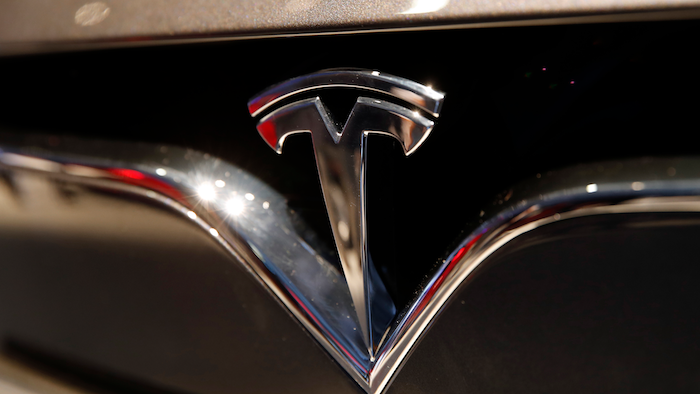 A published report Friday said the FBI is conducting a criminal investigation into whether electric-car maker Tesla misled investors by overstating production forecasts for its Model 3 sedan.

The Wall Street Journal reported that FBI agents have contacted former Tesla employees to interview them. The paper cited anonymous people familiar with the matter.

A Tesla spokesman said the company was transparent about the difficulty of increasing production of the Model 3. He said the company cooperated with a "voluntary request" for documents from the Justice Department earlier this year and has received no additional requests on the matter for months.

The FBI did not immediately return a call seeking comment.

Tesla Inc. shares, which were enjoying a rally on Friday, gave up most of the gain immediately after the Journal posted the report. But they recovered and closed at $330.90, a gain of $16.04, or 5 percent on the day. That capped a week in which the shares jumped 27 percent, helped by strong third-quarter financial results.

The Journal reported that the FBI is investigating whether the company made production estimates that it knew would be impossible to meet. The company defended its forecasts.

Tesla officials "were transparent about how difficult it would be" to ramp up Model 3 production, said spokesman Kamran Mumtaz. "Ultimately, given difficulties that we did not foresee in this first-of-its-kind production ramp, it took us six months longer than we expected to meet our 5,000 unit per week guidance."

Last month, Tesla settled a civil lawsuit by the Securities and Exchange Commission over tweets by founder Elon Musk that funding was in place to take the company private. Musk and Tesla agreed to pay a combined $40 million without acknowledging or denying wrongdoing.

This week Tesla reported a $311.5 million profit for the July-through-September period, its first quarterly profit in two years. The company said it produced about 4,300 Model 3s a week, excluding planned shutdowns, and 5,300 in the final week of the quarter.

"We expect to produce and sell even more Model 3s" in the fourth quarter, Musk told analysts.