Environment ministers agreed to require automakers to reduce average emissions of carbon dioxide by 35 percent from 2021. 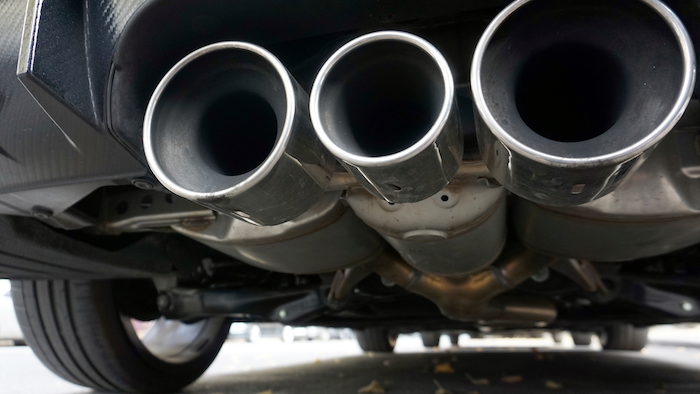 European Union officials are pushing ahead with tougher car emissions standards aimed at fighting global warming — but which auto industry representatives said could hurt a major source of manufacturing jobs.

Officials from the council of EU member governments, parliament and the executive Commission were to negotiate Wednesday in the wake of environment ministers' agreement late Tuesday to require automakers to reduce average emissions of carbon dioxide by 35 percent from 2021.

The Commission had initially proposed 30 percent, and the parliament voted for 40 percent; talks now aim to reach a final agreement before the end of the year.

Some European officials expressed disappointment that the 35 percent goal agreed on under the compromise wasn't tougher, especially following a UN climate panel's urgently-worded warning Monday about the far-reaching consequences of failing to contain global warming.

The German Association of the Automotive Industry, which represents major automakers such as BMW, Daimler and Volkswagen, said the 35 percent agreement among governments "missed the chance to formulate the regulation in a way that is realistic technically and economically."

The association's president, Bernhard Mattes, said it was "already clear that the EU will decide CO2 goals for the auto industry that are too high." He said that mean European carmakers will face burdens that competitors in other regions do not and that jobs would be endangered.

Environmental groups say automakers exaggerate the difficulty of meeting carbon dioxide emissions goals. To meet climate goals, automakers are ramping up the development of electric vehicles that have zero emissions during driving. Still, battery-only vehicles have been slow to catch on with consumers and made up only 0.6 percent of European Union auto sales last year.

Meeting the 35 percent reduction would be a "Herculean task" for the industry and would meant that sales of electric autos "must grow much faster than planned," said Stefan Bratzel, director of the Center of Automotive Management in Bergisch Gladbach, Germany. He said the expansion of electric mobility faces multiple challenges, including not enough public charging stations and uncertainty about when and whether battery costs will fall enough to make electric cars more affordable.

"I am not sure these issues are being thought through," he said.

Automakers are currently pushing to meet a 2021 goal of 95 grams of carbon dioxide per driven kilometer on average. Carmakers say they intend to achieve those goals with a mix of electrics, diesels and plug-in hybrids that start trips on battery power but have internal combustion engines to extend range.

One reason was a falling number of diesel cars in the sales mix. Diesels are some 15-20 percent more efficient than gasoline engines and automakers had been counting on them to play a bigger role in meeting the emissions goals. But diesel sales have plunged in the wake of Volkswagen's 2015 scandal.