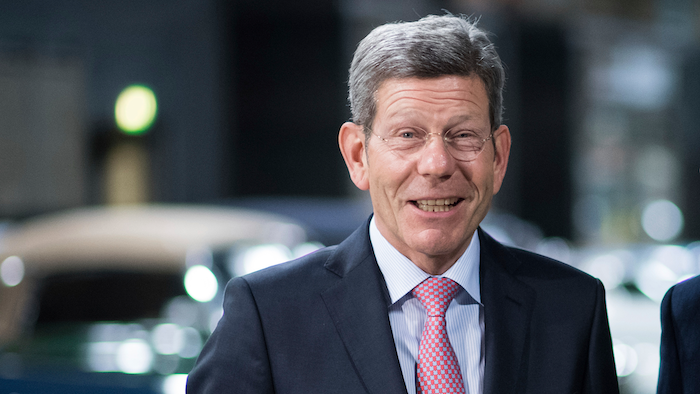 In this Jan. 30, 2018 file photo VDA president Bernhard Mattes arrives at the New Year's Reception of the German Association of the Automotive Industry.
Bernd von Jutrczenka/dpa via AP

The German government is calling on automakers to pay for upgrades to diesel vehicles with excessively high emissions, as part of a deal to avert driving bans next year.

A spokesman for the environment ministry said Friday that the government "can't tolerate this refusal" by German automakers to shoulder the cost of fixing diesel cars.

The ministry spokesman, Nikolai Fichtner, told reporters in Berlin that the upgrades have to start "very, very quickly" otherwise car owners may find themselves banned from driving in certain cities from October 2019.