Under a five-year plan, Ferrari is planning to launch an unprecedented 15 new models, and is targeting revenues of around 5 billion euros by 2022. 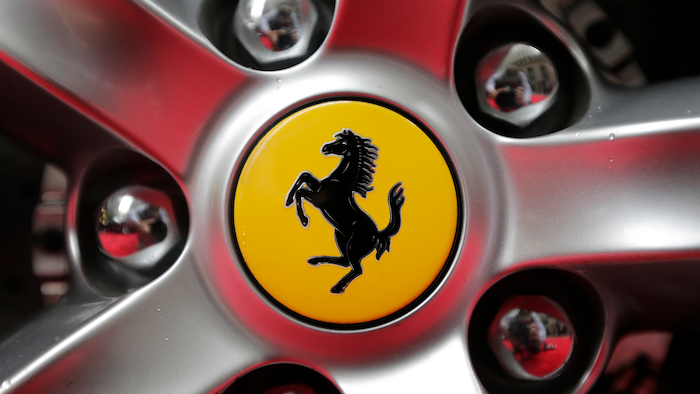 Ferrari is going back to its roots.

Significantly expanding Ferrari's electric-gasoline hybrid powertrain offering and affirming plans to introduce a utility vehicle that hews to the brand's performance levels, Camilleri laid out his ambitions for a he only took charge of in July following the death of long-time CEO and chairman Sergio Marchionne.

"Our objectives are ambitious, but they are based on a meticulously constructed model pipeline, our enviable pricing power and appropriate investment levels," Camilleri told investors.

Under a five-year plan, Ferrari is planning to launch an unprecedented 15 new models, and is targeting revenues of around 5 billion euros ($5.8 billion) by 2022, up from 3.4 billion euros last year. Camilleri refused to set production forecasts beyond this year's 9,000 units but made clear the automaker was targeting an expanding pool of wealthy customers for growth, especially in China.

The plan also forecasts profit margins of 38 percent — reaching the levels of super luxury producer Hermes, a long-held goal Marchionne, who died suddenly in July before he could outline his plans for Ferrari.

In his first outing with the financial community during an earnings call, Camilleri triggered some temporary jitters when he said his predecessor's target of Ferrari achieving 2 billion euros in earnings before interest, taxes and amortization was "aspirational." Camilleri is now targeting so-called EBITDA of between 1.8 billion euros to 2 billion euros.

After falling briefly, Ferrari's share price was up 0.2 percent at 113.15 euros.

"I don't want anyone to think that because there is a new CEO he is low-balling," Camilleri said. "This is an ambitious plan, but it is a doable one and it is based on a concrete framework."

Ferrari's new plan envisions models aimed at new buyers — namely the utility vehicle dubbed Purosangue, or Thoroughbred, in a bid to reassure doubters concerned with brand dilution — and vehicles meant to reward loyal buyers, in particular the Icona series that will revive long-discontinued but beloved models from the past. There also are plans for a supercar on one end of the performance scale, and to develop a V-6 engine on the other.

The first in the Icona series, the open-cockpit Monza SP1 and SP2 sportscars, will be based on the classic open-top "barchetta" racing model of the 1940s and 1950s with revved-up Formula 1 technology. Ferrari is billing it as the most-powerful road car in the company's history.

Ferrari also said that less than 500 of the Monza SP sportscars will be produced and sold only to eligible Ferrari customers, whose preferences will define the mix of one- and two-seat models. Pricing will be announced next month at the Paris car show.

According to Nicola Boari, the head of product marketing, the Monza SP sportscars are "probably the closest and purest driving experience to the Formula 1" and that the engine was "the most powerful ever in Ferrari history." The engine will boast 810 horsepower and be able to reach 100 kilometers per hour (62 mph) in 2.9 seconds and 200 kilometers an hour in 7.9 seconds.

The Icona series will remain an exclusive slice of the business, representing under 5 percent of shipments, while other special one-off series in the tradition of the brand's first hybrid LaFerrari will comprise another 5-percent of sales. Traditional sports cars will tally more than half of sales, and the more approachable and versatile Gran Tourismo segment, which includes the Purosangue, will come in at 40 percent.

The Purosangue is expected to be especially attractive to the Chinese market, but won't be launched until the last year of the plan so the anticipated returns won't be apparent during the current planning cycle.

While Camilleri, like Marchionne before him, eschewed the utility vehicle label for the Purosangue, he was loathe to further define it.

"It is one you have never seen before, so don't try to give it acronyms," he said. "The name itself should give you some confidence of what this will be capable of."

Ferrari plans for 60 percent of its cars to have hybrid engines by 2022, which would pave the way for the company to exceed a 10,000-unit cap on small car manufacturers that includes emissions breaks.

Hybridization, Camilleri said, gives Ferrari "the opportunity to use the price lever."

Providing a glimpse of Ferrari's broader plans to expand its luxury profile, buyers of the Monza SP series will receive a racing jumpsuit by Italian high-end luxury brand Loro Piana that will also help protect drivers against the elements. And leather goods maker Berluti is making a leather-clad helmet-goggle combo and driving shoes for the Monza pilots.

Marchionne had long expressed a desire to transform Ferrari into a luxury goods company beyond cars — also in a bid to capture higher margins. Camilleri said that plans for that transition were not yet ripe, but that the Loro Piana and Berluti collaborations give a hint at the future strategy.

"I am ever more convinced that there is considerable value to be generated from this arm of the business," Camilleri said. "Indeed significant value is already being extracted from the Ferrari name, but not nearly enough is accruing to us as the owners of the Ferrari brand."