Investors will be paying particular attention to how much cash the company burned up from April through June. 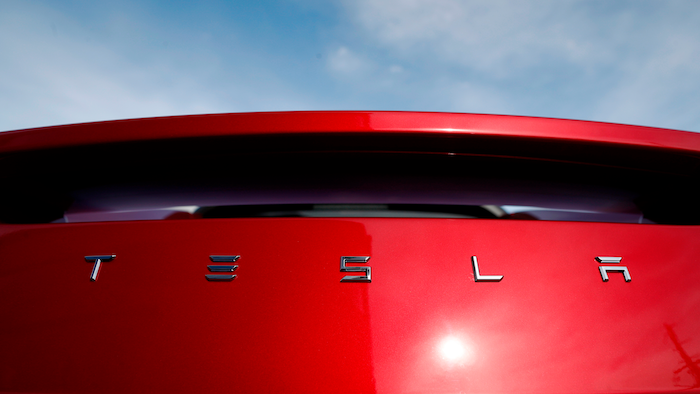 In this April 15, 2018, file photo, the sun shines off the rear deck of a roadster on a Tesla dealer's lot in the south Denver suburb of Littleton, Colo.
AP Photo by David Zalubowski, File

Tesla's second-quarter revenue should grow by more than $1 billion as it delivered more Model 3 electric cars. But analysts predict it won't be enough to stop the company's net loss from rising dramatically when the Palo Alto, California, company reports earnings after the bell Wednesday.

Analysts polled by FactSet expect a net loss of $629.9 million, 87 percent worse than the same quarter a year ago. Revenue should rise 43 percent to $3.99 billion.

Investors will be paying particular attention to how much cash the company burned up from April through June, with many questions about whether Tesla can generate enough money to pay debt, cover expenses and hold off returning to the capital markets for more cash.

Some analysts are predicting a widening loss.

"There's a potential for the cash burn to be pretty ugly this quarter," said Morningstar analyst David Whiston. The company had to spend to ramp up production of its lower-cost Model 3 small electric car, even constructing a tent in the parking lot to hit its target of 5,000 vehicles per week at the end of the quarter.

"You have all the costs but none of the revenue because the revenue will hit in Q3" when the cars are delivered, Whiston said.

UBS analyst Colin Langan predicts in a note to investors that Tesla used $900 million in cash last quarter, $200 million better than the first quarter but still a huge amount as the company tries to move from a niche manufacturer of cars for the wealthy to mass production.

CEO Elon Musk has predicted profits in the third and fourth quarters as production and deliveries of the Model 3 increase. The car starts at $35,000, but the cheapest model that can be purchased now costs $49,000. Tesla expects to produce 6,000 Model 3s per week in late August.

During the second quarter, Tesla laid off 9 percent of its workforce as it worked toward Musk's promise of making money. The company has never turned an annual profit and has had only two profitable quarters. Tesla also asked parts suppliers for refunds, another sign of financial challenges, according to Langan.

In July, Tesla reached 200,000 electric vehicle sales since 2010, the point at which a $7,500 federal tax credit starts to phase out. Tesla buyers will get the credit through the end of the year, then it's cut in half and eventually goes away by the end of 2019. That could cause some on the company's Model 3 waiting list of 420,000 to drop out because many are price sensitive and need the credit to buy the car.

Last quarter, Musk dismissed analysts who asked questions about Model 3 reservations and other financial matters during the quarterly conference call.