The FAA ordered Cirrus Aircraft to replace the sensors on its Vision Jet model after the aircraft began to automatically pitch its nose downward and warn of an impending stall.

Featuring a range of 1,150 miles, a top cruising speed of 345 mph and a price tag of $2 million doesn’t typically relegate a product to the “value” segment of a product category. But for Duluth, Minn.-based Cirrus Aircraft, that was their exact vision for the Cirrus Vision Jet.

The single-engine, carbon composite private jet took its first customer flight in 2017 after nearly a decade of design and development. Coming in at about $1 million less than its closest competitor, the Vision jet was well received for its price point, room for five passengers and simplified operation that included such features as a push-button start.

All of these dynamics actually led to a backlog of orders that would seemingly keep Cirrus producing the jets for years. That was until the plane started to automatically pitch its nose downward while alerting the pilot of an impending stall.

It doesn’t take an aerospace engineer to know that’s kind of the opposite direction you want a plane to go. The Federal Aviation Administration agreed and recently grounded the jet until the plane’s angle of attack (AOA) sensors are replaced.

The FAA took action after three incidents between November 2018 and April 2019 in which the jet’s anti-stall protection system and electronic stability system mistakenly engaged. In each incident, the pilots were still able to safely land the plane.

The issue has been attributed to production defects with the AOA sensors that results in faulty readings and what the FAA describes as "unintended automatic flight control activations; and/or possible impact with terrain." In response, Cirrus has reportedly developed an FAA-approved corrective action plan.

Although it may sound similar, these AOA sensor defects differ from the issues encountered by the now infamous Boeing 737 MAX passenger jet.

There is currently no timeline on when the sensors will be replaced and the grounding lifted. 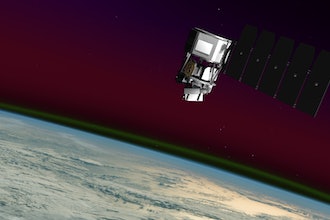