It took a couple of hours for the unmanned helium-filled station to reach the stratosphere. 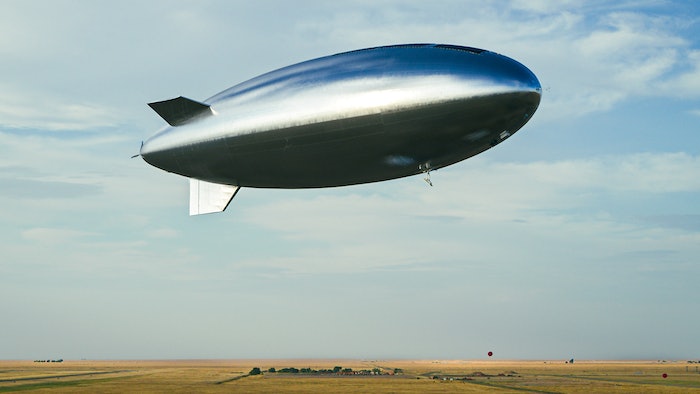 This image released by Sceye Inc., shows one of their airships launched from Roswell, N.M., Tuesday, June 14, 2022. Sceye Inc., a technology company that wants to bring broadband to more remote areas and monitor methane and other emissions from the oil and gas industry, launched one of its airships from the New Mexico desert on Tuesday as part of a key test on the way to commercial operations.
Sceye Inc. via AP

ALBUQUERQUE, N.M. (AP) — A technology company that wants to bring broadband to more remote areas and monitor methane and other emissions from the oil and gas industry launched one of its airships from the New Mexico desert on Tuesday as part of a key test on the way to commercial operations.

Sceye Inc. is developing a high-altitude platform station that company officials hope will provide an option other than satellites and airplanes for boosting internet connectivity and collecting data on everything from industrial pollution to wildfire threats.

It took a couple of hours for the unmanned helium-filled station to reach the stratosphere. It will maintain its position there for 24 hours, a milestone that will bring Sceye closer to commercial operations over the next 18 to 24 months.

Founder and CEO Mikkel Vestergaard Frandsenand said his team will aim for more longevity with subsequent flights from their home base in Roswell.

“Every flight is a big deal but every flight also is just another step in a process of iterative learning,” he said during a virtual interview from Sceye's hangar where workers were busy prepping the massive airship for the flight.

Vestergaard Frandsenand said it takes about eight months to build a station, which consists of a sleek reflective fabric designed to operate in the stratosphere at 65,000 feet (19.8 kilometers) above the Earth's surface.

NASA several years ago proposed a challenge that called for designs that could fly higher and longer than existing airships, with scientists at the Jet Propulsion Lab in California saying observations at that altitude could provide greater clarity. At the time, no airship could maintain an altitude in the stratosphere for more than eight hours.

“Whether we achieve our objective with this flight or achieve something that’s short of the objective, we’re going to learn a lot,” he said.

The New Mexico Economic Development Department pledged up to $5 million in funding when Sceye announced it would locate in the state. The company has operations in Roswell and Moriarty, a small community near Albuquerque.

The state also has been studying accelerated formats for expanding high-speed internet, and state officials have said Sceye could play a role in that effort through a separate multimillion-dollar contract.