Pipistrel will remain a distinct brand within Textron, alongside Cessna, Beechcraft and Bell. 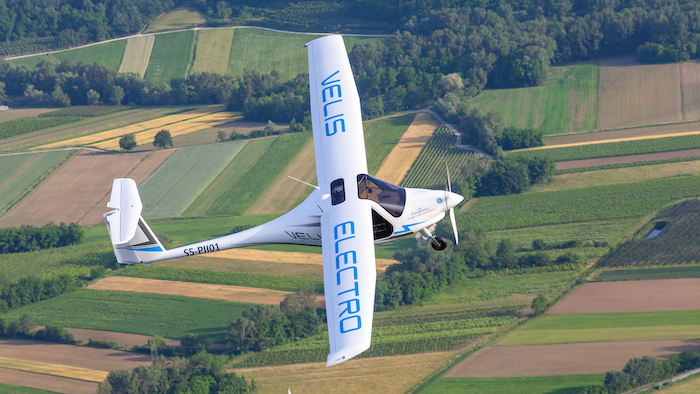 Pipistrel, which developed the world's first and currently only electric aircraft to receive full type-certification from EASA, is now part of Textron.
Business Wire

Textron has closed its acquisition of Pipistrel, a company specializing in electrically powered aircraft.

Pipistrel’s Velis Electro is the world’s first, and currently only, electric aircraft to receive full type-certification from the European Union Aviation Safety Agency (EASA). The company, which offers a family of gliders and light aircraft with both electric and combustion engines, has delivered more than 2,500 light aircraft worldwide since its founding in 1989 and additionally has both hybrid and electric propulsion models under development.

As a Textron company, Pipistrel will have access to greater resources, technical and regulatory expertise and a global aircraft sales and support network, enabling it to accelerate its development and certification of electric and hybrid electric aircraft. Pipistrel is now part of Textron’s newest business segment, Textron eAviation, which will pursue Textron’s long-term strategy to offer a family of sustainable aircraft for urban air mobility, general aviation, cargo and special mission roles. Rob Scholl, who has been leading Textron’s eAviation initiatives to date, has been named president and CEO of the segment.

Pipistrel will remain a distinct aviation brand within Textron, alongside the company’s already established Cessna, Beechcraft and Bell brands. Its headquarters, research and development, and manufacturing will remain in Slovenia and Italy, where Textron plans to make additional investments to expand manufacturing and product development capabilities.

Under the terms of the transaction, Textron purchased Pipistrel for a cash purchase price of approximately €218 million. Pipistrel’s founder and CEO, Ivo Boscarol, will remain a minority shareholder of Pipistrel with an approximately 10 percent interest for a two-year period, during which he will advise on future product plans and strategies. The cash purchase price includes the amount for which his minority interest will be purchased at the end of the two-year period.