Russian carriers are looking beyond the war in Ukraine and want to maintain relations with aircraft lessors. 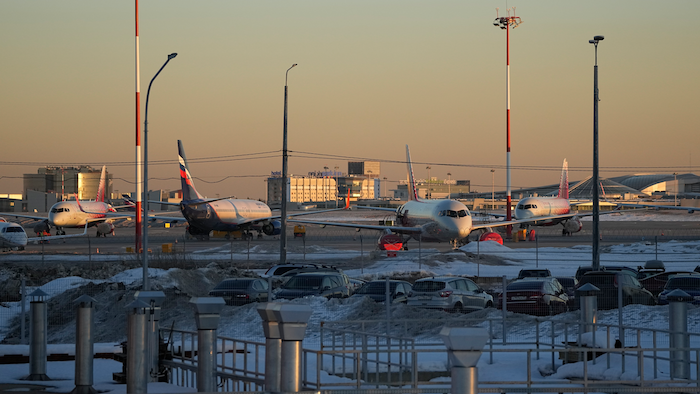 A leading aircraft-leasing company with planes stuck in Russia says it is making progress toward getting the aircraft back, which was complicated this week when Russia took steps to keep planes owned by foreign entities.

“There has been a great deal of cooperation in recovery of aircraft, return of aircraft, and we are making good headway in minimizing our exposure on a weekly basis,” Air Lease Corp. Chairman Steven Udvar-Hazy said Wednesday.

Udvar-Hazy did not elaborate or give numbers, and the Los Angeles-based company didn't respond to a request for details.

Aviation consultant IBA said in late February that Air Lease had 34 planes in Russia or Ukraine, far fewer than the 152 planes owned by the largest aircraft lessor, Ireland-based AerCap. Fitch Ratings estimates that Air Lease has $1.1 billion worth of planes leased to Russian airlines, behind only AerCap and SMBC Aviation Capital.

Air Lease executives said they did not lease planes to state-owned Russian airlines such as Aeroflot, only to privately owned carriers. They said at a JPMorgan conference in New York that privately owned Russian carriers are easier to deal with because they are looking beyond Russia's war in Ukraine and want to maintain relations with aircraft lessors.

International sanctions prohibit selling or leasing planes to Russians, and European regulators have given leasing companies until March 28 to cancel leases with Russian customers that cover about 500 planes.

In response, Russian President Vladimir Putin signed a law this week that lets the country’s airlines re-register those planes and use them for flights within Russia.

Udvar-Hazy said the new law will help Air Lease get compensated by its insurers if it loses planes “because it demonstrates the intent to confiscate, which is I think a critical aspect of our war-risk insurance.”

However, foreign lessors will find it more difficult to get their planes back because of Moscow's edict to use them on domestic routes — avoiding international destinations where the planes could be repossessed.