The requirement could affect flights over Albuquerque, as well as its famous hot-air balloon festival. 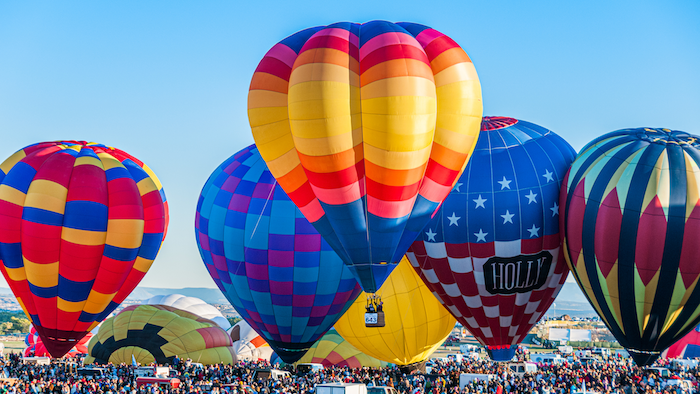 ALBUQUERQUE, N.M. (AP) — Members of New Mexico’s congressional delegation are calling on federal aviation officials to waive a requirement that could affect the annual Albuquerque International Balloon Fiesta as well as year-round flights over the city.

A letter outlining the concerns was sent to the Federal Aviation Administration by Congresswoman Melanie Stansbury and U.S. Sens. Martin Heinrich and Ben Ray Lujan, all Democrats.

Republican Congresswoman Yvette Herrell also penned her own letter on Wednesday, writing that the economic impact of the fiesta and the balloon industry provides millions of dollars and supports stable jobs for the community.

“In this case, the hot air balloon industry faces the prospect of abandoning a storied state tradition close to the hearts of New Mexicans,” she wrote. "It is vital that this tradition be preserved in its entirety and thrive for generations to come.”

At issue is a requirement that aircraft have specific tracking technology. The federal rule requiring “automatic dependent surveillance-broadcast” equipment inside certain airspaces took effect in 2020, but some balloonists have said it was not enforced actively until September 2021.

The FAA granted a waiver for last year’s fiesta, and event officials are seeking a similar exemption for this year’s 50th anniversary celebration. Some advocates are asking for a permanent exemption.

The congressional delegates noted in their letters that the FAA has granted a permanent waiver to the Colorado Springs ballooning community.

The surveillance technology is different from the transponders that balloonists can install temporarily so they can be seen on radar by Air Traffic Control. Under the rule, it must be permanently integrated into an aircraft’s onboard electrical system.

Balloonists note that their aircraft don’t have permanent electrical systems.

Heinrich, Lujan and Stansbury noted in their letter that the FAA adopted the tracking requirement with the intent of improving safety by decreasing the likelihood of midair collisions. They wrote that since the inception of the balloon fiesta decades ago, that balloon pilots have relied on visual flight rules to keep themselves and their passengers safe and that there have been no midair balloon-aircraft collisions.

In a response to a separate request for a waiver from Albuquerque Mayor Tim Keller, a local FAA official said the agency has convened a work group to study the matter, the Albuquerque Journal reported.