The region could be at risk if it falls behind rivals in technology, science and military competitiveness. 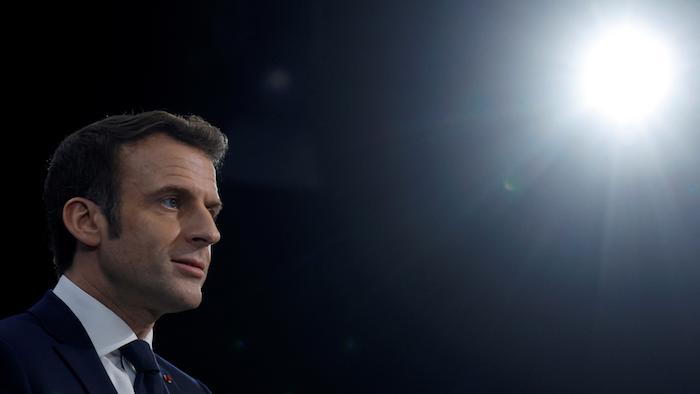 Speaking at a meeting in Toulouse, France, Macron said recent events had shown how crucial it is to be able to monitor troop movements from orbit — a reference to satellite images showing Russia’s mass military deployment near Ukraine that raise fears of an imminent invasion.

“There is no full power or autonomy without managing space,” Macron said. “Without (it) you can’t conquer new frontiers or even control your own.”

Europe has a strong record when it comes to launching satellites for telecommunications, global positioning services and scientific research. But it has lagged behind rivals such as the United States, Russia and China on human spaceflight, having no ability to launch crewed missions of its own.

The head of the European Space Agency last month backed calls to develop its own crewed spacecraft, although member states have yet to approve.

Macron said Europe needs to consider whether it wants to pursue that path, and if so, what the goal should be. One option would be to follow the United States in aiming for Mars, while another would be to focus on a replacement for the aging International Space Station.

With hundreds of thousands of jobs tied to the space industry, Macron warned that Europe faces tough competition not just from major powers but also emerging rivals such as India and private companies like Blue Origin and SpaceX.

“Unfortunately they’re not European, but they took a bet,” he said, adding that the companies had benefited from significant public funding in the form of government-sponsored launches. Macron said Europe should consider that option, too, for its home-grown launchers like the upcoming Ariane 6.

This European constellation, whose first satellites are set to be operational in 2024, aims to provide EU internet networks connections and commercial communication coverage across the EU and Africa.

“We have a political agreement” to deploy an “independent constellation,” French Finance Minister Bruno Le Maire said on the sidelines of the meeting.